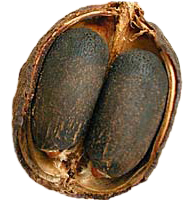 The total land area of the country is just 236.7 square kms (91.4 square miles). But the Cook Islands' exclusive economic zone - the territorial waters - stretches for nearly 2 million square kilometres (772,395 square miles). That's slightly bigger than Indonesia or Mexico and nearly three times the size of Texas! And those waters are also the world's largest designated shark and whale sanctuary

The Constitution of the Islands explains the flag:
BLUE - is the colour most expressive of our Nation, it is representative of the vast area of the Pacific Ocean in which the islands of the Cook Islands are scattered. Blue also depicts the peaceful nature of the inhabitants of our islands. THE UNION JACK indicates our historical association with and membership of the British Commonwealth. The 15 WHITE STARS represent the 15 islands of the group. 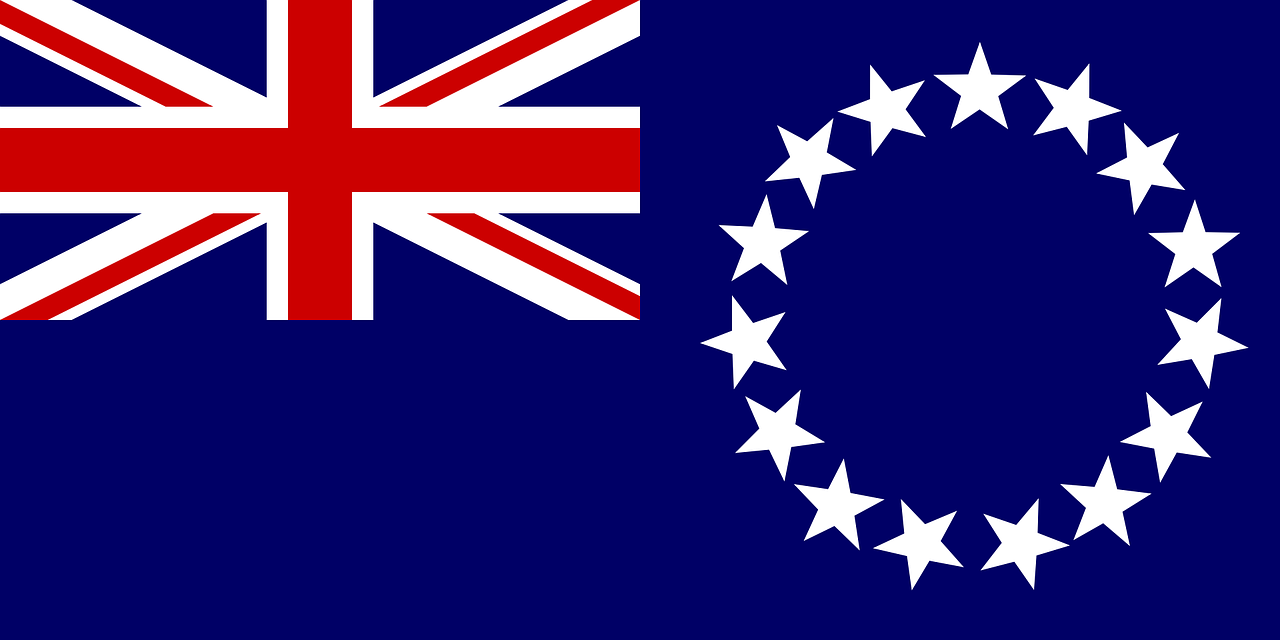 "Te Atua Mou E" which translates as "God is Truth". The words mean: You are the ruler of our country. Please listen to our voices as we call to you, protect and guide us and give us your crown of truth so we can be successful and so that love and peace will rule forever over our beloved country

There's a beautiful rendition of it here 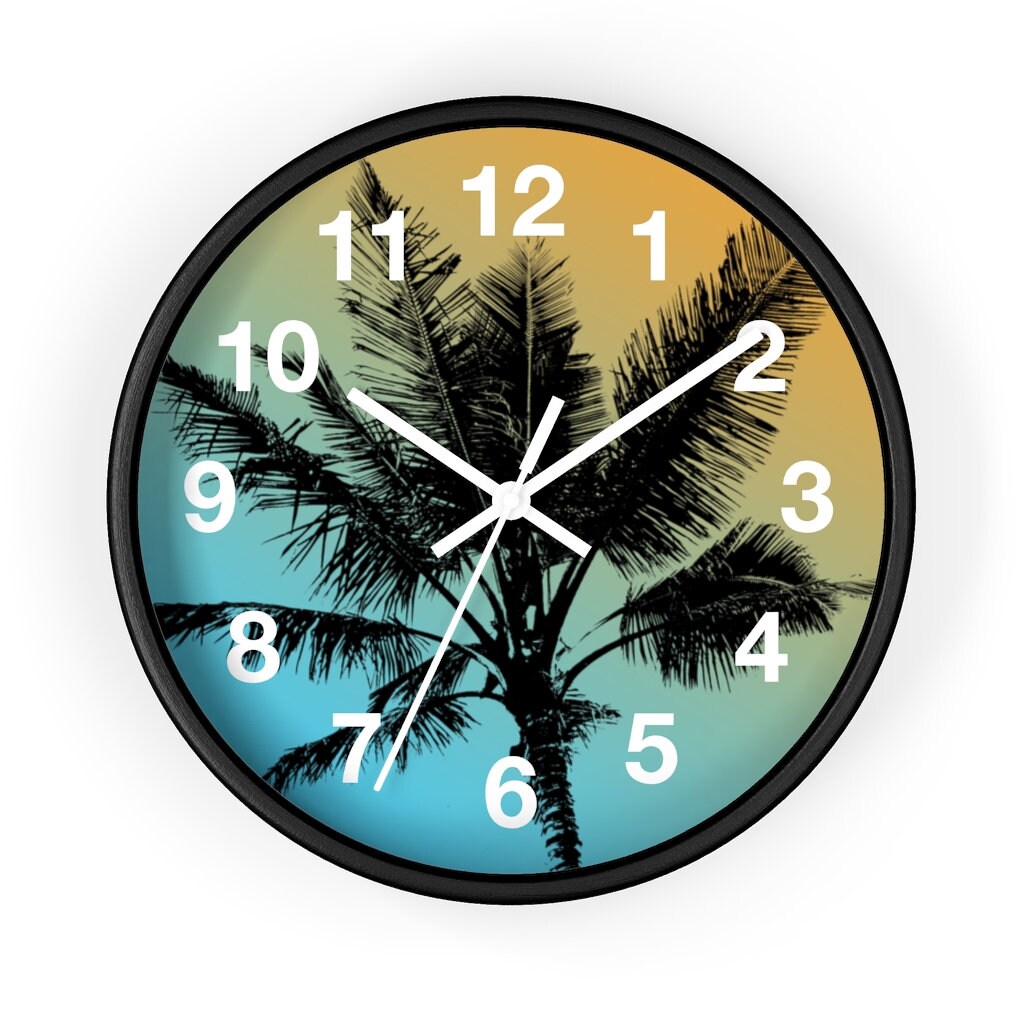 The islands are 10 hours behind GMT. Daylight saving time is not observed - in other words, the clock doesn't go back or forward at any time. This is the current date and time in the Islands

GOVERNMENT AND HEAD OF STATE 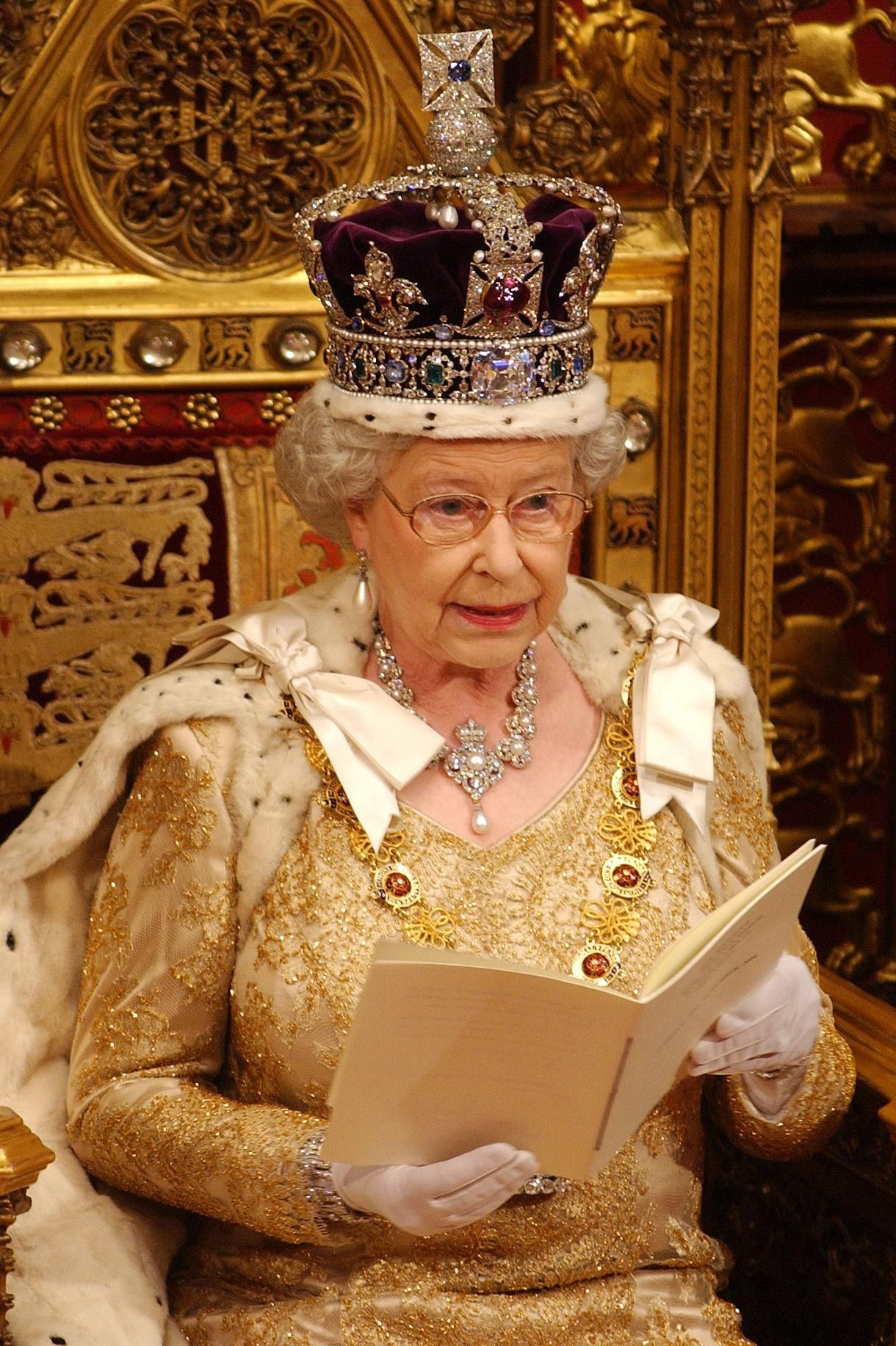 The nation is not a UN member in its own right; New Zealand represents it. But the country became a member of individual United Nations Partner agencies in the 1980s and, through the years, these partner agencies have continued to provide support to the Cook Islands for various programmes

English and Cook Islands Maori are the official languages. About 90% of Islanders can read, write and speak both languages. In Cook Islands Maori, there are 14 letters: a, e, ng, i, k, m, n, o, p, r, t, u, v and the glottal stop which is written as an inverted apostrophe. On the Northern island of Pukapuka, they have their own language. Only 2,000 people in the world speak Pukapukan

FIND OUT MORE ABOUT THE LANGUAGES OF THE COOK ISLANDS 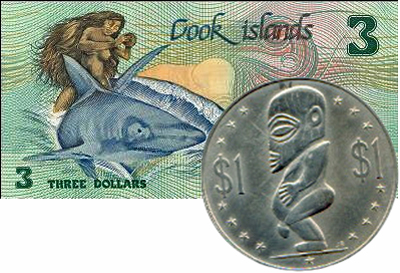 New Zealand Dollar. The Cook Islands also has its own distinctive notes and coins which are in circulation alongside the NZ currency, and of equal value. They are not legal tender outside the Islands. The three dollar note (left) is one of the most popular souvenirs, as is the one dollar coin with the ubiquitous deity, Tangaroa on it.

The only ATMs are on Rarotonga and Aitutaki. But a word of warning...check the machine screen to see how much you might be charged for taking out money; some of the Banks levy a hefty charge. Credit and some debit cards are widely accepted on the capital island and some places on Aitutaki. Rely on cash on the other islands

As long as you're staying no more than 31 days (90 days if you're a New Zealand citizen), your valid passport is the only entry permit you need, along with proof of onward journey, the means to support yourself while on the islands and somewhere to stay. And you can sort out the accommodation on arrival. You can stay for up to five months more (i.e 6 months in total), but you'll need to extend your entry permit - at the Department of Immigration in Rarotonga. New Zealanders can apply for a three month extension and other nationals for a month at a time. In both cases, you pay a fee for the privilege

Mobile (cell) phone services are provided by Vodafone. 4G and 3G are only available on Rarotonga and Aitutaki. On all other islands, it's 2G (GPRS). There are lots of hotspots.

If you want to use your own phone, your service provider will have to have a roaming arrangement with Vodafone, or you will need a phone which isn't locked to a provider. The best advice is to check with your own provider before your travel. Vodafone also offer a visitor SIM which provides data, and texts and calls to selected international destinations. The cost varies according to what you want included and for how long you want the SIM to last. Costs beyond the inclusive package are very expensive compared to the UK, Europe and the US .

3G and 4G services are available on Rarotonga and Aitutaki only. You can access the internet on other islands but you'll often be using 2G. There are also plenty of wifi hotspots on the capital island and quite a few on Aitutaki. Some accommodation providers on Mauke and Mangaia (including Babe's Place and Atiu Villas) also have them. Be warned though...connection speeds will seem slow to very slow to European and American visitors. An undersea cable has been laid to deliver high speed internet access to Rarotonga and Aitutaki, but work is still in progress to agree how the service will be provided and how much it will cost 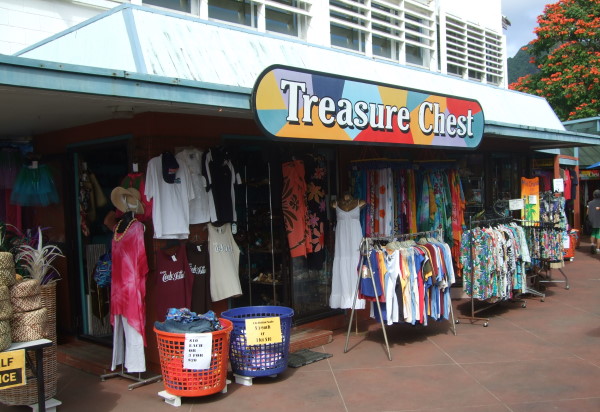 SHOPPING, EATING AND DRINKING   Everything has tax included in the price
TIPPING   Tipping isn't expected and is contrary to Cook Islands custom.
DEPARTURE TAX: LIke so many countries these days, the Islands charge you a departure tax. This is now "hidden" in your air fare, whereas previously you had to pay it in cash on departure (not the best memory to have as you head for home). The tax applies only to international travel; there is no tax on inter-island flights.

Over 18s arriving in the country are allowed to bring in two litres (in total) of wine, spirits and liqueur or 4.5 litres of beer. Limits on tobacco are 200 cigarettes, or a total of 250 grams of tobacco products which include cigars. Other goods bought duty free must not exceed a value of NZ$750

ELECTRICITY
Solar panels have replaced diesel generators  and that also means all of the islands now have a continuous supply of electricity (previously some only had it available for around 12 hours). Output is 240 volts-50 hertz cycle which is the same as the UK, Australia and New Zealand .

PLUGS AND PLUG SOCKETS ...look like this. They're the same type as in Australia and New Zealand. Sometimes the plug has only two pins and that means there is no earth (otherwise described as "ungrounded ")

WATER
Rarotonga and Aitutaki have reticulated water supply systems. Water usage is not charged at the moment. On the other islands of the Southern Group limited reticulation is provided and augmented by rainwater catchment and storage. The atolls of the Northern Group rely on rainwater from roof catchments. water is precious in the islands, so please use it thoughtfully]

"SMELL​Y STUFF"
On-site septic tanks and soak-aways are the common system of disposal throughout the islands. The largest hotels have packaged secondary wastewater treatment plants

The National Health Service in the Cook Islands is of a good standard relative to the needs of the country. The system is managed by the Ministry of Health (Te Marae Ora) and provides an 80-bed central hospital and A&E sercvice on Rarotonga. All the other islands have hospital or clinic provision. Difficult clinical cases are referred to New Zealand for specialised treatment. There are no dangerous animals, no poisonous insects and no lethal viruses such as malaria indigenous to the Cook Islands.

A few words about Covid
There have been over 5,000 cases since the first was recorded on 13 February, 2022. There are only a handful of active ones now.  Travel and border controls are in place

A few words about dengue feve r
This is a mosquito-borne virus indigineous to tropical and sub tropical regions including the Cook Islands, and there is no vaccine against it. It causes flu-like symptoms and sometimes - although very rarely - these can develop into something more serious. The last major outbreak was several years ago and a less serioius one in 2021. I get occasional emails asking about it. In my opinion (and I am not a medical professional), you really shouldn't worry about it at all, but for definitive information, please have a look at the World Health Organisation factsheet and make your own decision 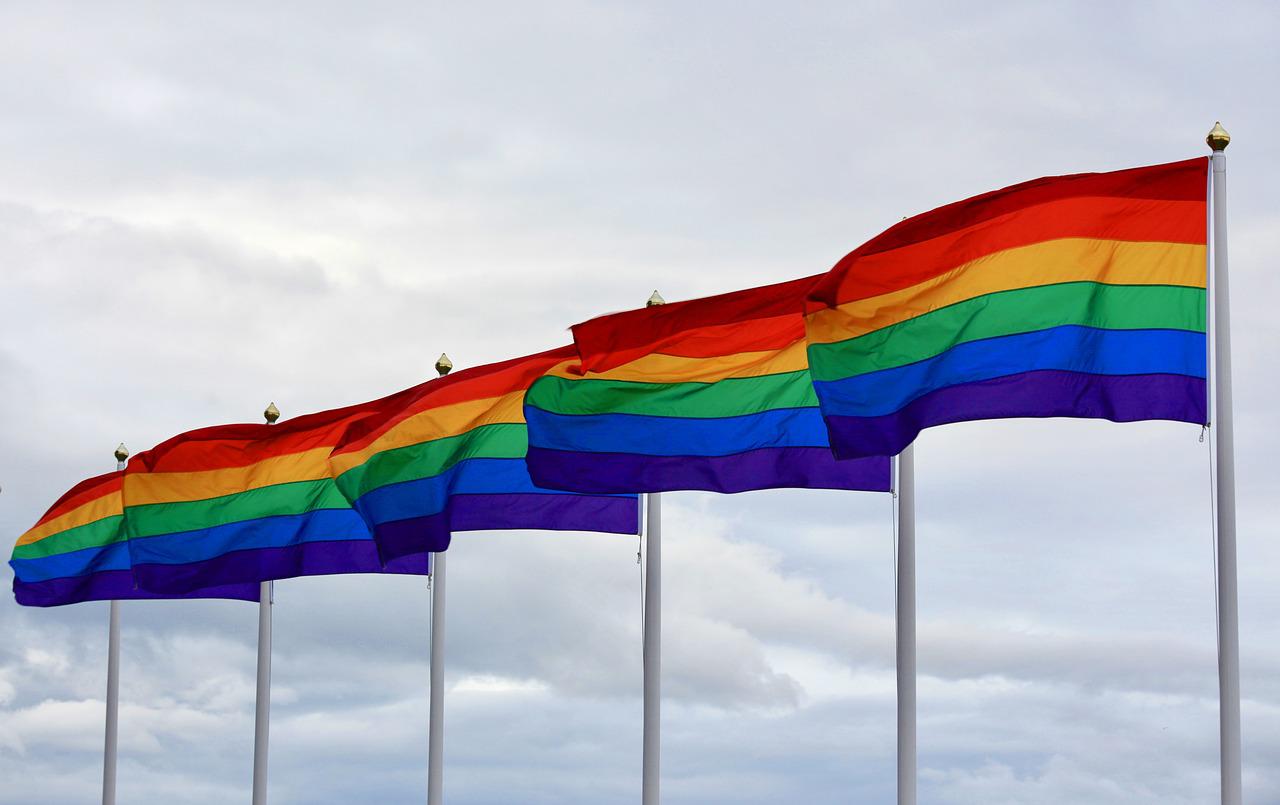 Homosexuality is generally accepted, although officially illegal (for men, not women). Sex between men in the Cook Island is punishable by up to seven years in prison and gay marriage was banned in 2000. Although a laissez-faire attitude is taken to tourists, public displays of affection would be considered offensive. But all that said, LGBT people can visit the Islands safe in the knowledge that they will not be persecuted or harassed. A group in Rarotonga (Te Taiare Association) also works for and on behalf of LGBT+ people and is campaigning against controversial plans to tighten the law

Just a few years ago, I always told people you were more likely to be hit by a falling coconut than be a victim of crime. That's still absolutely true in the outer islands, but sadly no longer on Rarotonga. Increasingly, tourists have become targets so the message from the police is not to abandon your common sense. Don't leave valuables lying around if, for example, you're going swimming or snorkelling. The top box or space under the seat on a scooter is not a safe place to store things. And lock away cash, jewellery and other valuables in a hotel safe. All that said, crime is still relatively rare

Driving licences from Australia, Canada, the UK, Japan, New Zealand, Norway, the USA and EU member countries are now accepted in the Islands (previously you had to queue up to get a Cook Islands licence which was also a great souvenir!). You are allowed to drive the same class of vehicles as in your home country provided it's a full licence (provisional licences are not acceptable) and you're 16 or over.

If you want to ride a scooter or motorbike and you're not licenced to do so at home, you need to take a theory and practical test, the total cost of which is NZ$40.

Since October, 2020, crash helmets have been compulsory for ALL bike and scooter riders. Failure to wear one will result in an on the spot fine by police of NZ$250

Breathalyser testing was introduced in 2008, and if you are involved in an accident, your alcohol consumption could result in a prison sentence. Speed guns are also in use with on the spot fines. The limit on most of the island is 50kph (31mph), but just 30kph (18 mph) in town (Avarua) and on a stretch of the main road near Muri (between Avana Bridge in Ngatangiia and Parengaru Bridge in Titikaveka 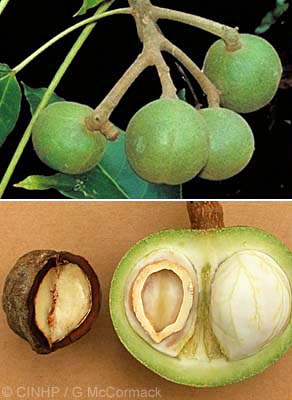 * The tuitui is the fruit of the candlenut tree which was introduced to the Islands by the early Polynesians. It's nearly as prolific as the coconut palm. The nut is inside a very hard shell. Before candles, Islanders pierced the nuts with wooden skewers and set light to them. They burn very slowly and last for hours. Well, I thought it was more interesting than saying "in a nutshell"!   Photo: Gerald McCormack/Cook Islands Biodiversity Database