The Cook Islands made international headlines in 2020 about plans to tighten already old fashioned laws on homosexuality applying them to women as well as men and increasing maximum penalties for breaches. The tourism department, meanwhile, say LGBT+ visitors have always been welcome, but the issue continues to deter some, regardless of their own sexuality. There are promising signs though. In June, 2021, government law making experts in New Zealand started to review proposed changes which would decriminalise homosexuality in the Islands. It's hoped the Cook Islands government will make a final decision sometime during 2022. Meanwhile, the purpose of this page is provide some useful facts

WHAT THE LAW SAYS

WHAT THAT MEANS FOR VISITORS

Although a laissez-faire attitude is taken to tourists, public displays of affection would be considered offensive. There are no gay bars or clubs in the Islands. But LGBT+ people can visit the Islands safe in the knowledge that they will not be persecuted or harassed. The proposed law changes also seems to have encouraged more visibility. The Islands' first ever gay pride day was organised for March, 2020, but like many other events it was postponed indefinitely in response to the coronavirus pandemic

THE CAMPAIGN FOR CHANGE 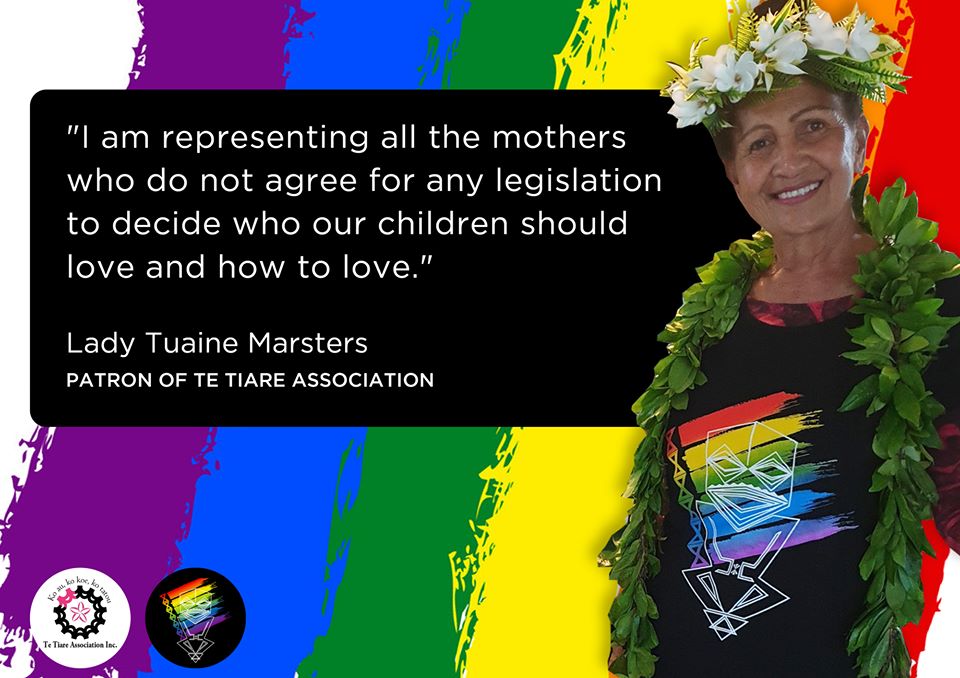 Lady Tuaine Marsters is the wife of the most important official in the Islands, the Queen's Representative and she's heading up the campaign for change. Te Tiare Association of which she's patron has set out four objectives:

This page will be updated with new information as and when it becomes available. In the meantime, check out the Islands' LGBT+ organistion by visiting its own website. There's lots of information about itself, human rights, development and education objectives, and copies of the documents it's produced explaining to government its response to the proposed law changes. You can also find out how you can join the association or support it financially if you wish