This is the stunningly picturesque Southern group island and lagoon of Aitutaki which was the location for season 13 of the popular US reality TV show, "Survivor". You can see the exact filming locations by clicking here 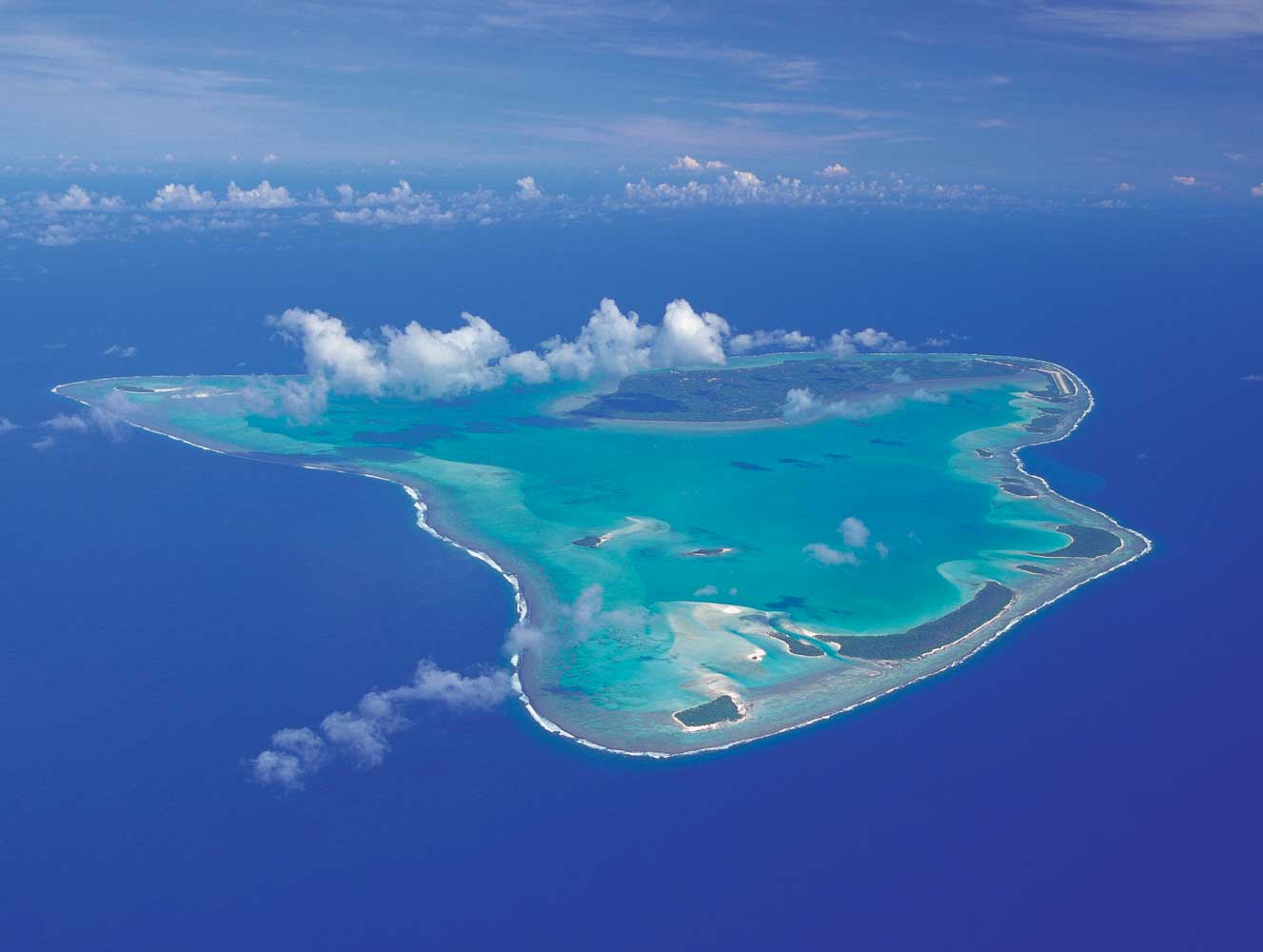 Over the course of the 13 week series, Aitutaki was seen by more people than the whole of the Cook Islands has had visitors in its entire history! Three islets and 12 motus or "mini islands" are scattered across the crystal clear, turquoise blue lagoon and four were used in the series. Not everyone on the Island welcomed the "invasion", but the tourist department definitely did, seeing it as the sort of publicity money can't buy

The season that nearly never was

Complaints from landowners in Aitutaki that they were being paid peanuts for the use of their land nearly stopped the filming before it started. The Cook Islands government had to step in and top up the compensation payments from the TV production company, amid fears that the programme would be made somewhere else. In the end, the landowners shared in NZ$150,000 (US$95,600 approx). 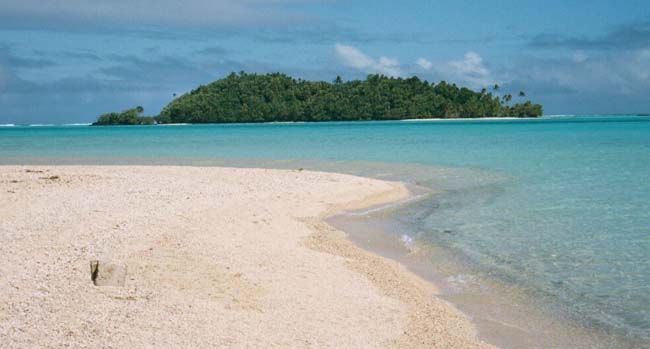 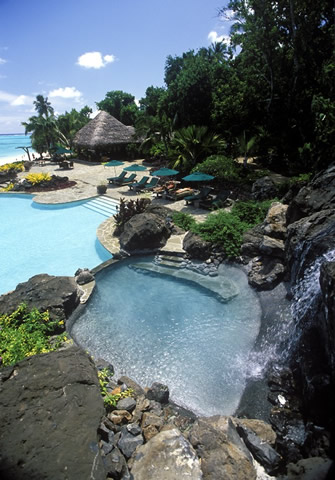 The presenter of "Survivor", Jeff Probst and the show's producer, Mark Burnett survived the series in the lap of luxury. Both stayed here at the Pacific Resort Aitutaki Nui hotel which is Aitutaki's most luxurious accommodation. The best beachfront villa normally costs NZ$2,200 a night (US$1,400)

The contestants spent 39 days living on motus (small islets) in the Aitutaki lagoon. This is Rapota motu, one of the tribal camps. Three days of island life were turned into each hour long episode of the series which reached a worldwide audience of around 200 million through syndication.

Rarotonga's self-proclaimed "coconut king", Piri Puruto taught the contestants survival techniques including how to start a fire without matches or lighter. Piri, who died in February, 2013, was famous for his daily show for tourists in which he clambered bare foot up a 100 foot cocount tree in around 15 seconds 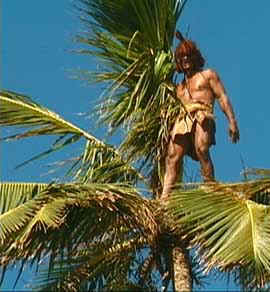 The Cook Islands pulled out all the stops to help the production. The internal airline, Air Rarotonga altered the flight path of its planes during the months of filming to avoid the islets where the contestants were living. And boat tours were cancelled as parts of the lagoon were declared "off limits" 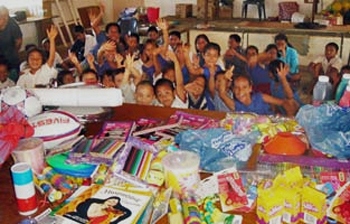 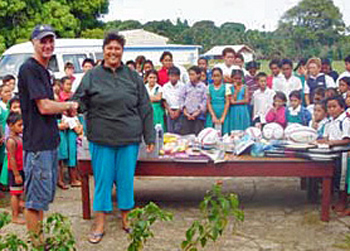 Schools, the local hospital and the Island Council were all showered with gifts as the production team prepared to the leave Aitutaki. Hundreds of cartons of soft drinks and water, crew t-shirts and cash raised by the crew for the local rugby club were among the parting gestures. ​And local schools also received stationery, sporting equipment and other supplies personally bought by the show's presenter, Jeff Probst. A timber pier constructed for the series was given to the Island Council and timber from the numerous sets was donated to local communities. Production manager, Blake Archer handed over the gifts delighting local schoolchildren

THE STORY BEHIND THE TRIBAL NAMES

The tribal names were derived from four of the 15 islands in the Cook Islands group. Each of the names was truncated, although the banners at each tribal camp site had the full names 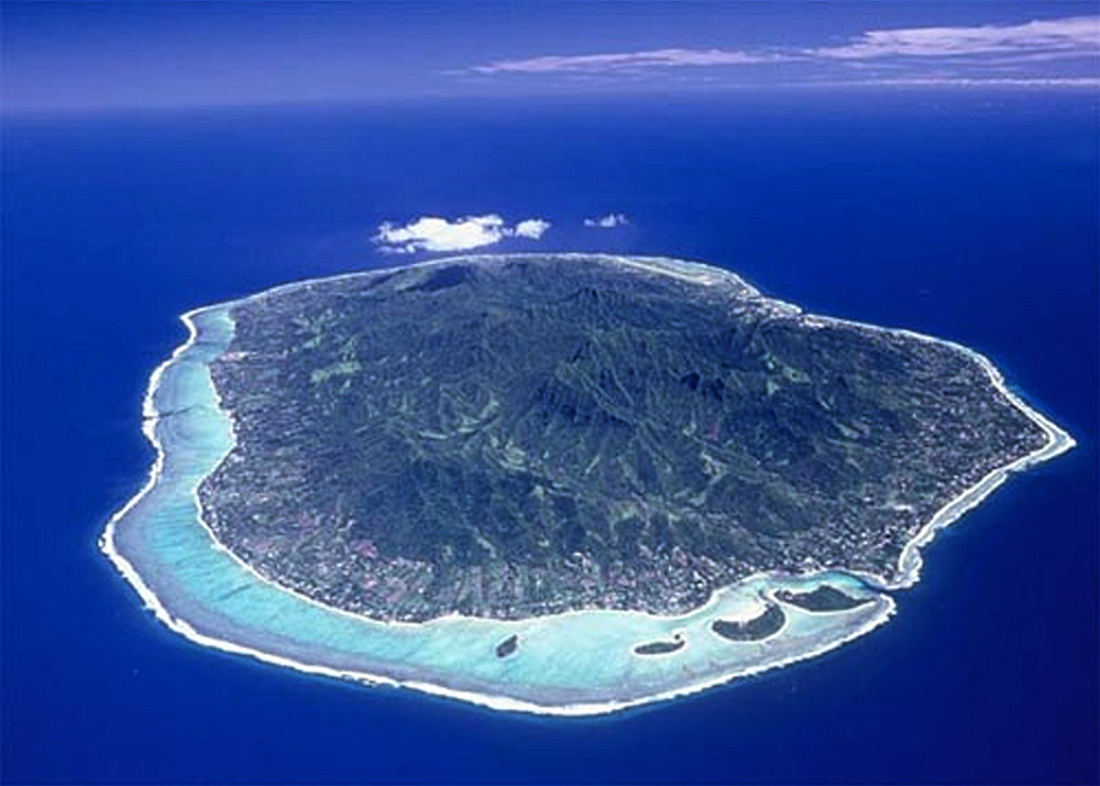 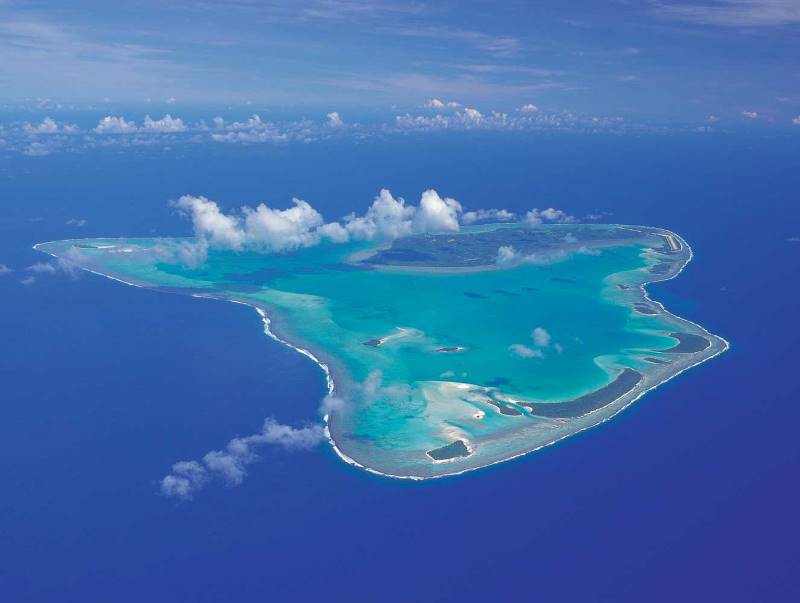 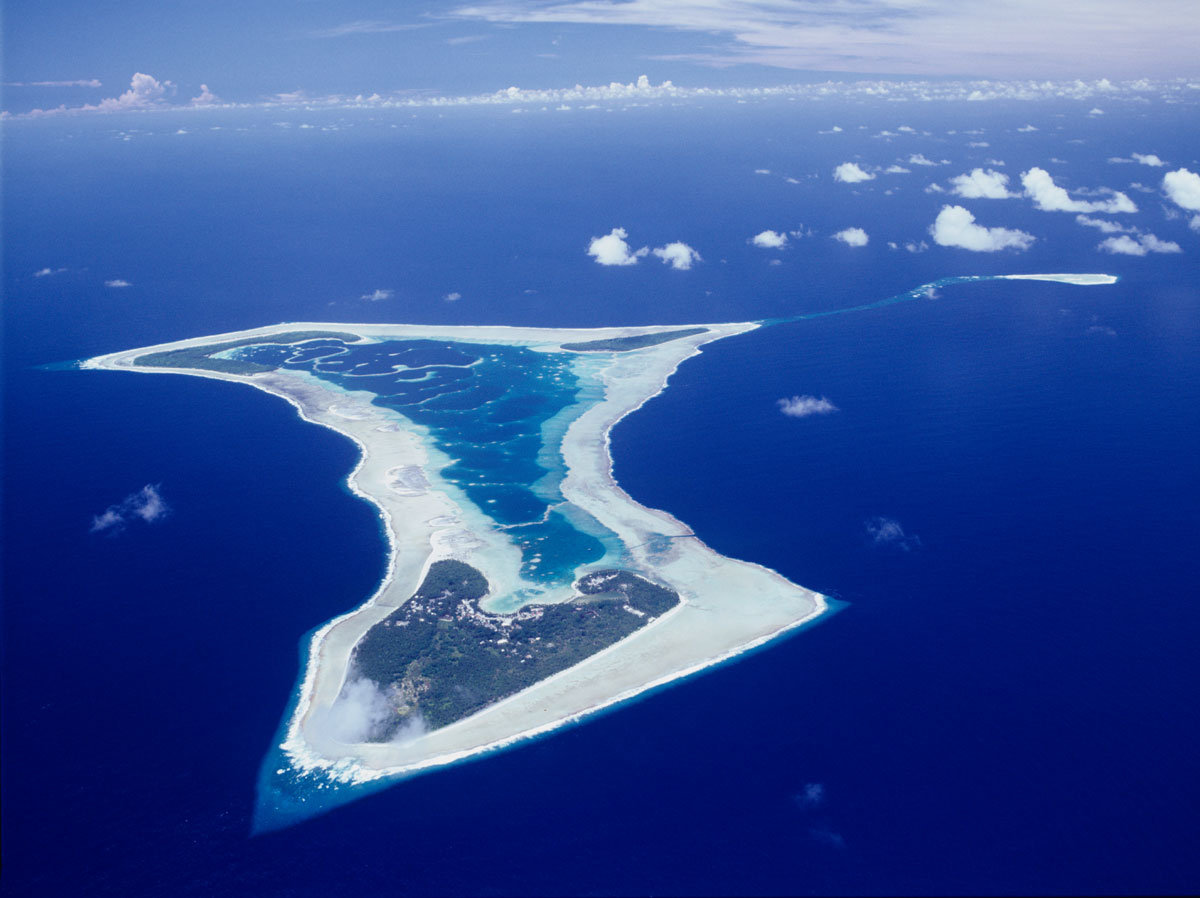 The "Puka" tribe derived their name from Pukapuka in the Northern Group...one of the remotest places on earth, supposedly famous for its beautiful girls

The "Aitu" tribe had the honour of being named after the island of Aitutaki on which the series was set. It's the most visited island after the capital

The "Raro" tribe took their name from the capital island of Rarotonga, Aitutaki's nearest neighbour, and the most visited and most populated of the Cook Islands 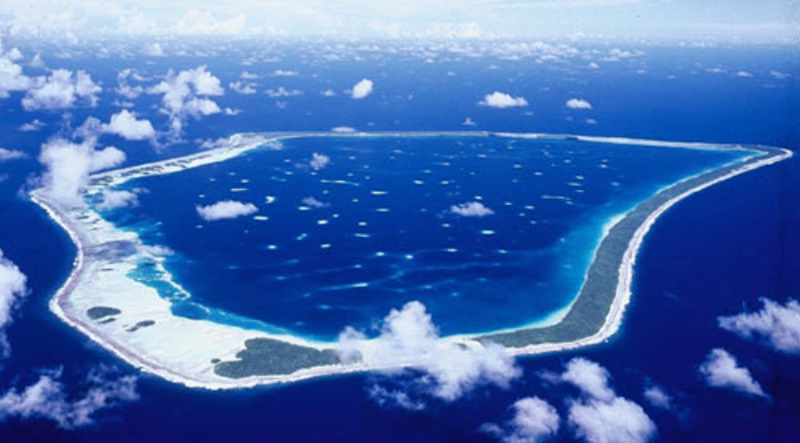 The "Hiki" tribe took their name from Manihiki in the Northern Group. The Island is enclosed in a lagoon two and half miles wide which is famous for its stunning black pearls.

A BIG BOOST TO THE LOCAL ECONOMY

AND A FINAL VERDICT

The production company heaped unprecedented praise on the Cook Islands. And they said at the time it could mean another series being filmed there...but so far it hasn't happened. The production manager said the hospitality, support and co-operation of local people was exceptional and the logistics were among the best in the programme's history