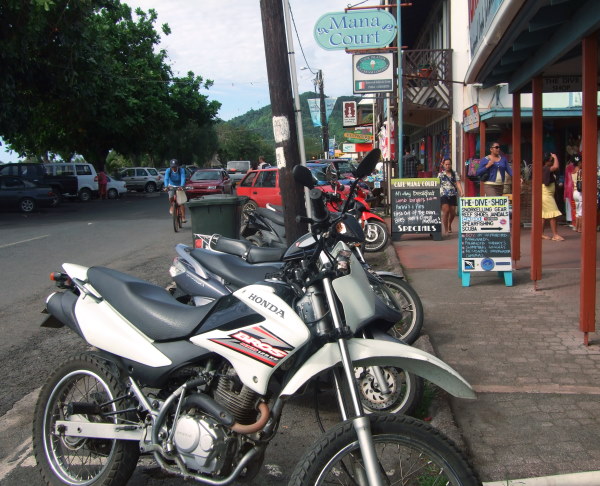 Getting around the capital island is easy. Cook's Island Bus follows the main road and stops almost anywhere you want it to. The only thing you need to decide is whether to go in a clockwise or anti-clockwise direction

Scooters and motorbikes are popular with the locals and there are plenty of places to hire them. Crash helmets are compulsory and if you're not licenced at home to ride one, you'll have to take a test supervised by the police. And don't forget which one's yours! 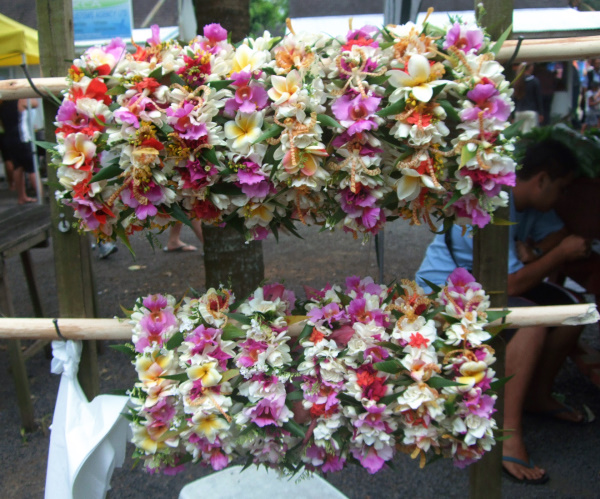 The Cook Islands Trading Corporation (CITC) .... and the nearest the islands get to a department store. It's been part of life since 1891

Head eis....as likely to be worn by men as women. Buy one at the cultural market and enjoy both the beauty and wonderful scent of island flowers 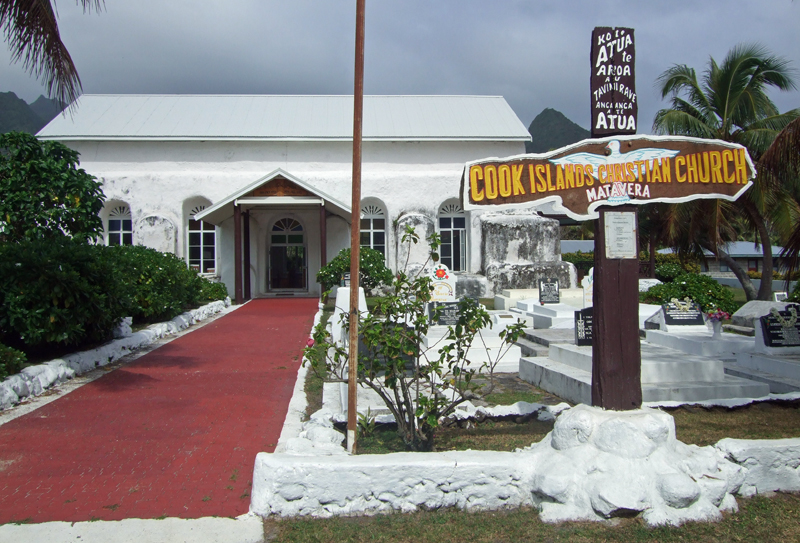 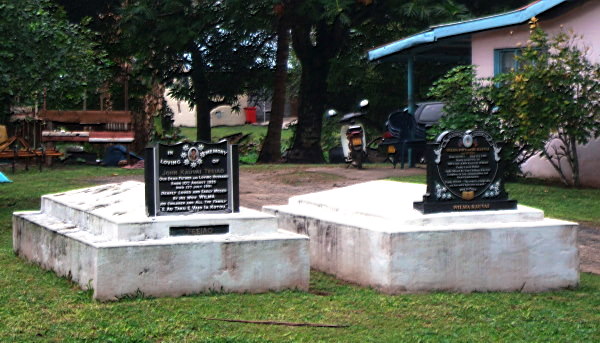 Religion is an important part of life in the Islands. The Cook Islands Christian Church (CICC) predominates - this one is in Matavera. I would urge you to go along to a CICC Sunday service and hear the amazing unaccompanied singing. It's an experience never to be forgotten

Don't be surprised to see gravestones in the gardens of homes as you travel round the island. Islanders are often buried on family land and the graves tended lovingly by relatives and friends

The Banana Court ​has a very 'colourful' history stretching back decades; the locals will happily tell you tall tales that go back to colonial days

Trader Jack's near the harbour is a unique and lively place to eat and drink. Owner Jack Cooper described himself as "the Gordon Ramsey of the Rarotonga ecosphere". Sadly, he died in 2022. The establishment has been wrecked and rebuilt four times after it was hit by hurricanes.

Imagine world class cuisine in an atmosphere of relaxed elegance with the beach as a backdrop. Well, that's how I'd describe Tamarind House -  a superbly restored colonial property, right on the edge of the sea just a few minutes from downtown Avarua. It was built somewhere between 1910 and 1915 to house the managers of the Union Steamship Company. And thanks to today's owners, Sue Curruthers and Robert Brown it's been turned into something very special. If you're dining between August and October you might well see migrating whales just off shore. Or any time of the year, you can enjoy evening cocktails as you watch the sun setting over the South Pacific 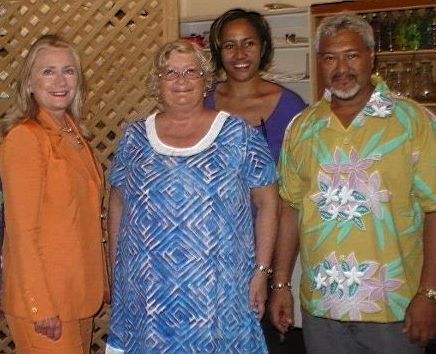 Just in case my endorsement of Tamarind House isn't enough....When US Secretary of State, Hillary Clinton attended the Pacific Islands Forum in Rarotonga in August 2012, she chose to eat there. She attended an official dinner and then went back the following evening because she enjoyed it so much. Sue said she told her she never eats in the same restaurant twice, but made an exception because "she loved the food and the ambiance and the location".

DEMOCRACY IN THE ISLANDS

Rarotonga is the seat of the Islands' legislative Government. Parliament is based on the UK model and, similar to it, has two Houses. The lower house or Legislative Assembly has 25 elected members - 24 from districts of the Cook Islands and one representing the many Cook Islanders who live overseas.

The Members of Parliament represent districts and islands. Ten are from the capital island. The upper house, or House of Ariki, is made up of traditional leaders, who provide consultation and advice. Her Majesty the Queen (Queen Elizabeth II) is Head of State. The Queen's Representative, Tom Marsters, acts in her name in the Islands.

The Parliament building near the airport used to be temporary accommodation for contractors who built the airport. The interior was recently gutted and refurbished

Where and how to watch whales without getting your feet wet, discover a different world away from the beaches and find out about the newest attraction

Things to see and do