ABOUT PENRHYN
Penrhyn is the most far flung of the Cook Islands. It's just 9 degrees below the equator. And at 11.2 kms (7 miles) wide and 24.1 kms (15 miles) long, it's also the largest atoll in the Group and one of the largest in the Pacific. According to scientists who visited in June, 2019, it's also the island most under threat from rising sea levels caused by climate change. Penrhyn's executive officer says there's daily evidence of coastal erosion and homes are being moved back from the seafront to avoid further damage to them. At it's highest point, the island is only 5 metres above sea level

Polynesian voyagers discovered and settled the island at least 800 years ago. Those settlers called it Tongareva, a name still used to this day, and translated variously as " upgrowth of coral", "land floating in the south" and "south of the empty space".

It's neither easy, nor cheap! Air Rarotonga has only a guideline schedule and you need to visit their website to find out when and if they are flying. Even then, flights can be cancelled at very short notice if there aren't enough passengers to make the trip viable, or if there's insufficient fuel at Penrhyn to enable the return trip. It takes four to six hours to reach the island. And you'll pay around NZ$1,6000 for a standard return.

Alternatively, you could try getting there by sea, either from Rarotonga or one of the other northern group islands (assuming you can reach them as well). If you want to explore that possibility, speak to the harbour master on Rarotonga for information on sailings, which are few and far between.  There are inter island vessels, if you don't mind very small boats! 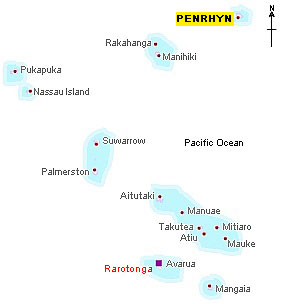 Tourism is almost non-existent. Visitors can stay with a local family and fishing and pearl farm trips can be organised locally

The stunning lagoon covers 233 sq. kms (90 square miles) of which 62 sq. kms (24 sq. miles) are covered with pearlshell. That, and mother of pearl jewellery are among the main sources of income. Islanders also dive for golden pearls. The vastness can only really be captured from high above the earth and the first photo is from the NASA space shuttle. The second photo is from a plane and gives you an idea of how beautiful this island is as you approach it from the air. The lagoon is surrounded by 53 motus or islets

Islanders live in two main villages, each on their own island in the lagoon. Omoka (above) is considered the main island and it's home to three quarters of the population. It's where the government, shipping and air service offices are located. The vast airstrip (below left) dominates. Tetautua is about 10.5 kms (6 miles) away across the lagoon and has around 50 residents.Robert Broussard was one of the first outsiders to visit Omaka after Penrhyn was designated as an official port of entry to the Islands and he has kindly provided the Omoka picture 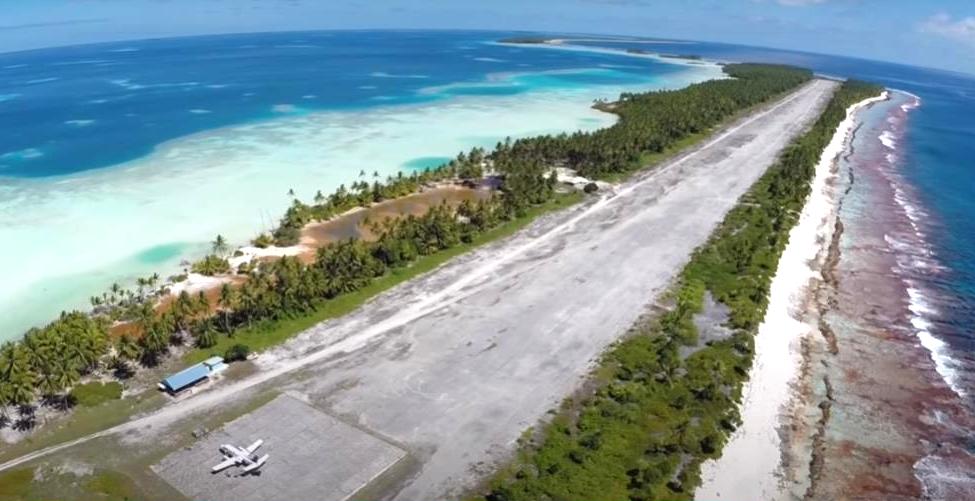 The island has an airfield, thanks to American GIs. About a thousand of them arrived on the island on 8th November 1942 and stayed until 20th September, 1946. They built a 10,000 foot (3 kms) long runway as part of an alternative supply route from Hawaii through to Australia and New Zealand in case hostilities in the Pacific reached this far east. It's since been shortened to 1700 metres 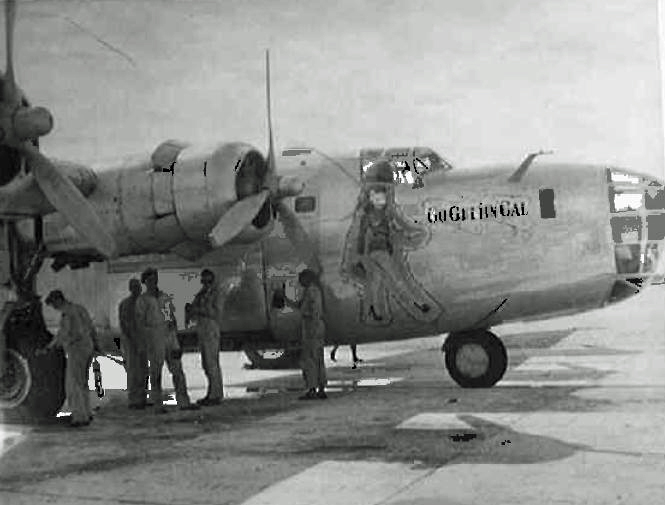 The remains of a crashed B24 Liberator bomber called "Go Gettin' Gal" are evidence of the bygone era. Four engines and a bit of fuselage which rust away in the lush landscape...the rest of the plane has been picked over and the metal used to make combs and the like. Much more interesting than what's left though is the true story behind it...

Ashley C. Curry from Alabama, USA wrote to tell me that his father was the pilot of the plane And he generously shared some family photos which have never been seen publicly before. Above  are his father, Lt. (later Lt. Colonel) Benjamin P Curry, left, with a Mr Campbell who was airport manager on Rarotonga and right standing in front of the ill-fated bomber. The plane itself in all its former glory on Rarotonga is pictured above these . Ashley wrote:

"My father, now deceased, told me that he was on a bombing mission and that the plane received extensive damage from anti-aircraft fire, and that he landed the plane with the crew on board. He sustained minor injury to his ankle, but all survived. He continued his service and piloted another B24 named the 'Shady Lady'. He served throughout the war and returned home when the war was over." 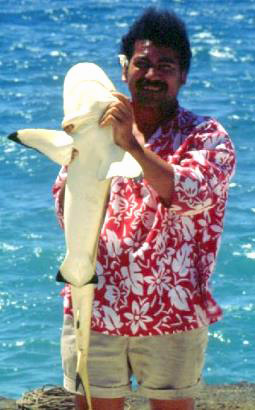 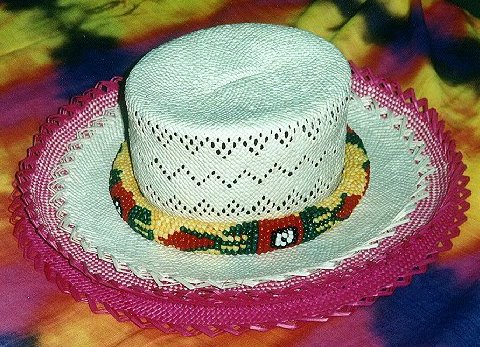 ART FROM THE HEART
Any Sunday on any of the Cook Islands, you can expect to see some of the finest hats in the world, adorning the heads of women on their way to church. Rito (pronounced ree-toe) hats are justly prized and come out also for special occasions such as baptisms and weddings. Penrhyn is the home of what islanders call "art from the heart". None of the patterns is written down...islanders just think of them in their heads.Some of the hats can sell for hundreds of New Zealand dollars. But they're also often given as gifts to honoured guests and family

SHARK PRACTICES!
The lagoon is teeming with sharks - mostly the black tip species which islanders say won't harm humans. They should know as they dive among them to harvest precious black pearls which are farmed in the warm, clear waters. But it's an indsutry which is struggling in the face of competition from China and the Far East

This is the only island in the Cooks without any ariki or paramount chiefs. The entire hierarchy disappeared in the early 1860s when Peruvian labour traders arrived on the island and shipped 472 women and children to the mines of Peru with the blessing of the island's missionaries. Just 88 people remained....the rest were never seen again

According to one author who spent some time on the island, ping pong here is a type of group date, where a man and a woman each invites a "team" of four friends to the beach. They then pair off in couples if they feel so inclined. The "Christmas Games" are allegedly for "cleaning, cooking and dancing", and usually involve unattached residents. First the women move one village west for a week. After the new year, the men move one village east for a week. When the "chores" are done, all return home..

Visitors to the island can stay with Soa's family in their three bedroom home in the main village of Omoka. The host, Soatini takes guests fishing and organises tours of his pearl farm