Land of lakes and legend

Mitiaro is just 6 kms (4 miles) across at its widest point and is surrounded by a belt of razor sharp, fossilised coral or makatea six to nine metres (20 to 40 feet) high. The island boasts the only sizeable freshwater lakes in the Cook Islands. Rotonui (Big Lake) and Rotoiti (Small Lake) are a little way inland on the eastern side of the island. The larger is about half the size of the whole island, and between them, the two lakes account for about two thirds of the island. Mitiaro was discovered in June, 1823 by missionary, John Williams. Legend says the gods drew it up from the depths of the ocean and fairies made it habitable with soil taken from Atiu and Mauke. 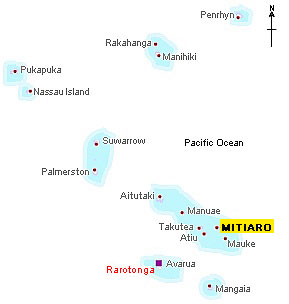 "Brilliant orange pumarumaru and fragrant tipani (frangipani) trees line the streets laid with crushed white coral. Gardens are well-tended and rubbish non-existent. Inland, communal village plantations yield kumara, taro, corn, bananas and watermelons...all produced without pesticides or fertilizers. Unlike Rarotonga and Aitutaki, tourism in the conventional sense doesn't exist on Mitiaro, with only a handful of tourists visiting a year. However, the population more than doubles in the summer months as hundreds of relatives return. There is a tangible sense of community, centred around church activities and the island council."
Pip Robertson, New Zealand Aid Program

Everyone lives in one settlement on the west coast, although technically it's four villages. North to south they are Atai, Auta, Mangarei and Takaue. Each is very small and it's difficult to tell where one ends and the next begins! The Government buildings are in the Takaue section so the settlement is usually referred to by that name. The neatness of the whole island extends to the shoreline where traditonal fishing boats are lined up, and to the main road which was built by islanders themselves

Mitiaro makes up part of an island grouping called Nga-Pu-Toru. or "The Three Roots". The other two islands are Atiu and Mauke. It's the flattest and economically, the poorest of the three, Like the other two, it was once a volcano that sank to become a coral atoll. It was also thrust upwards 10,000 years ago, though unlike the others, it only rose about 6 metres (20 feet). But its coral ring still died forming the makatea which stretches down to the shoreline 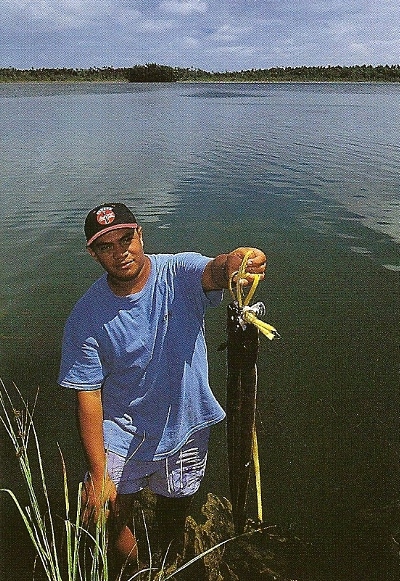 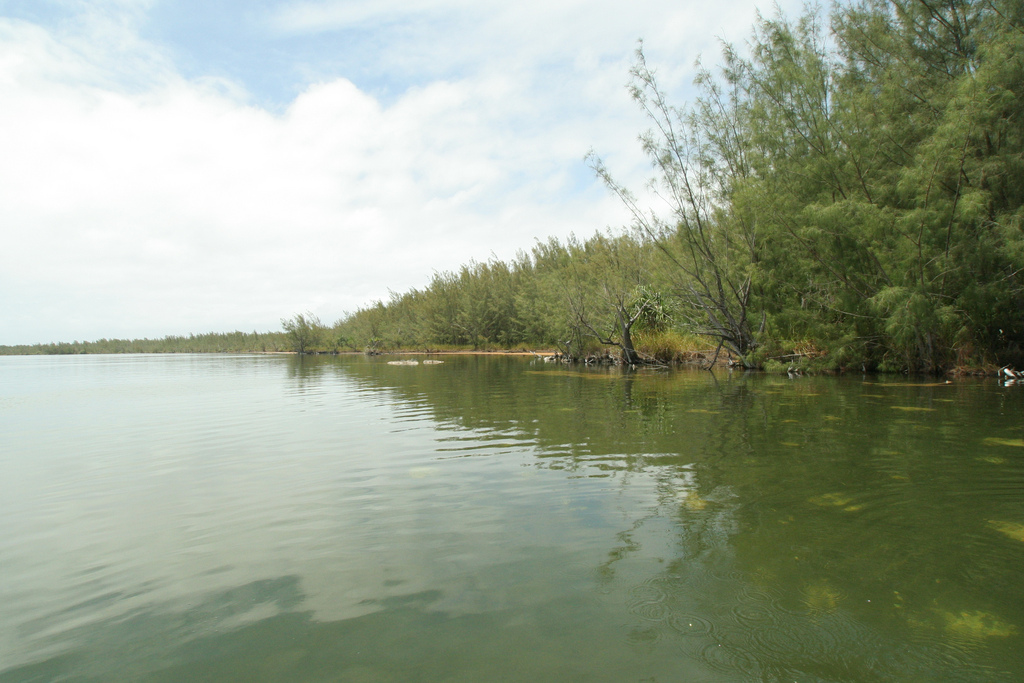 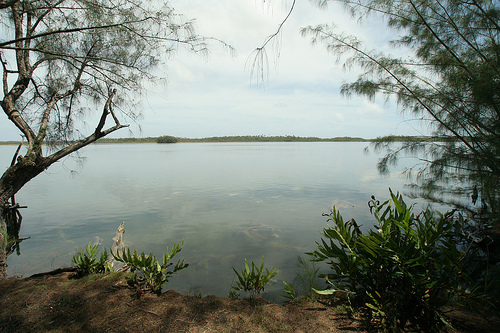 The lakes are home to prawns and eels called Itiki, which are like caviar to the Cook Islanders. It's thought there are subterannean channels in the lakes as the eels swim out to sea to spawn. The young eels eventually return to the twin lakes where they carry on growing…until islanders catch and eat them Lake p hotos by Jesse Evans 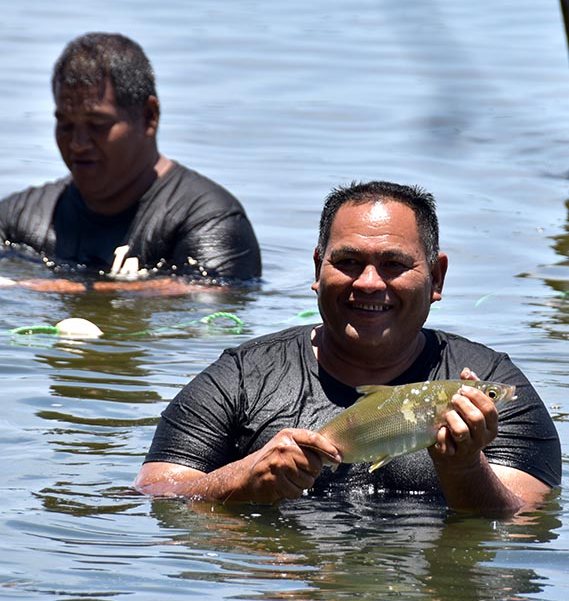 Milkfish are another tasty delicacy, albeit a boney one. For years they've been protected to conserve the species but in November, 2020 island leaders allowed a rare harvest which nettted 92 fish. The species was brought to the island in the 1980s from Manihiki where they're abundant         Photo: Cook Islands News

Crystal clear pools in the subterranean limestone caves are all over the island which are popular for a refreshing swim. Among them is Vai Marere which is full of stalactites. Caving experts say that if you swim in the dark pool at the bottom of this cave, the minerals in the water leave the body and hair feeling silky

THROUGH THE EYES OF A VISITOR

"A magical untouched little island gem in the South Pacific. Definitely worth a visit!"
That's how Alicia Street, one of the few visitors to Mitiaro describes the island.

The lakes are home to prawns and eels called Itiki, which are like caviar to the Cook Islanders. It's thought there are subterannean channels in the lakes as the eels swim out to sea to spawn. The young eels eventually return to the twin lakes where they carry on growing…until islanders catch and eat them
Photos courtesy of Jesse Evans