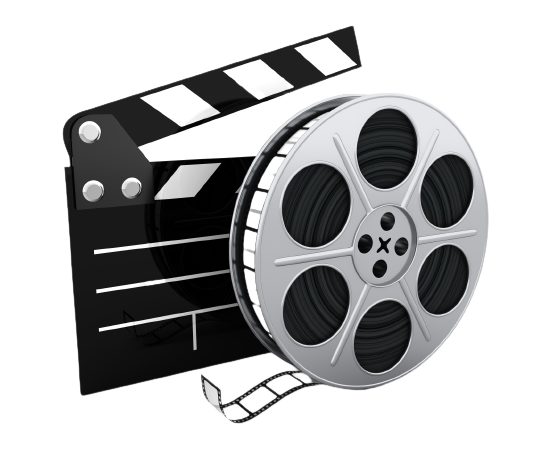 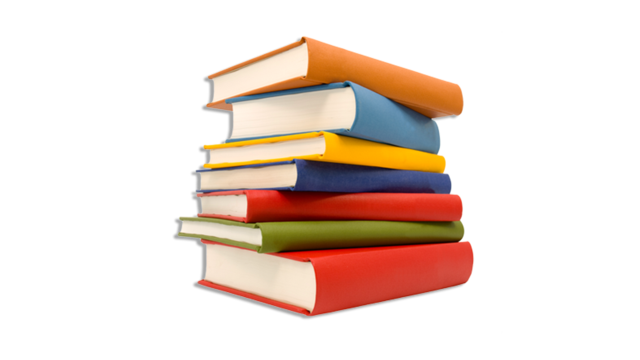 The Cook Islands on film, TV, video, music and in books

WATCH  As featured on TV 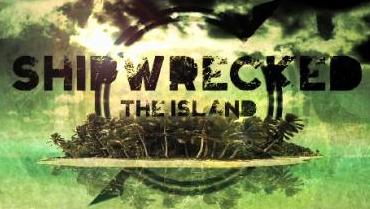 TV companies in the US and UK seem to fallen in love with Aitutaki. It's stunningly blue lagoon was the backdrop for season 13 of the American reality show, SURVIVOR which was sold around the world....so there's still a good chance you could catch it on a cable or satellite channel

And in the UK, a similar format programme called SHIPWRECKED (Channel 4 TV) has had five series based there, the first in 2000 and the latest in 2019. In both cases, the contestants battled for a big cash prize after being "abandoned" on one or more of the motus (islets) within the lagoon

Go behind the scenes 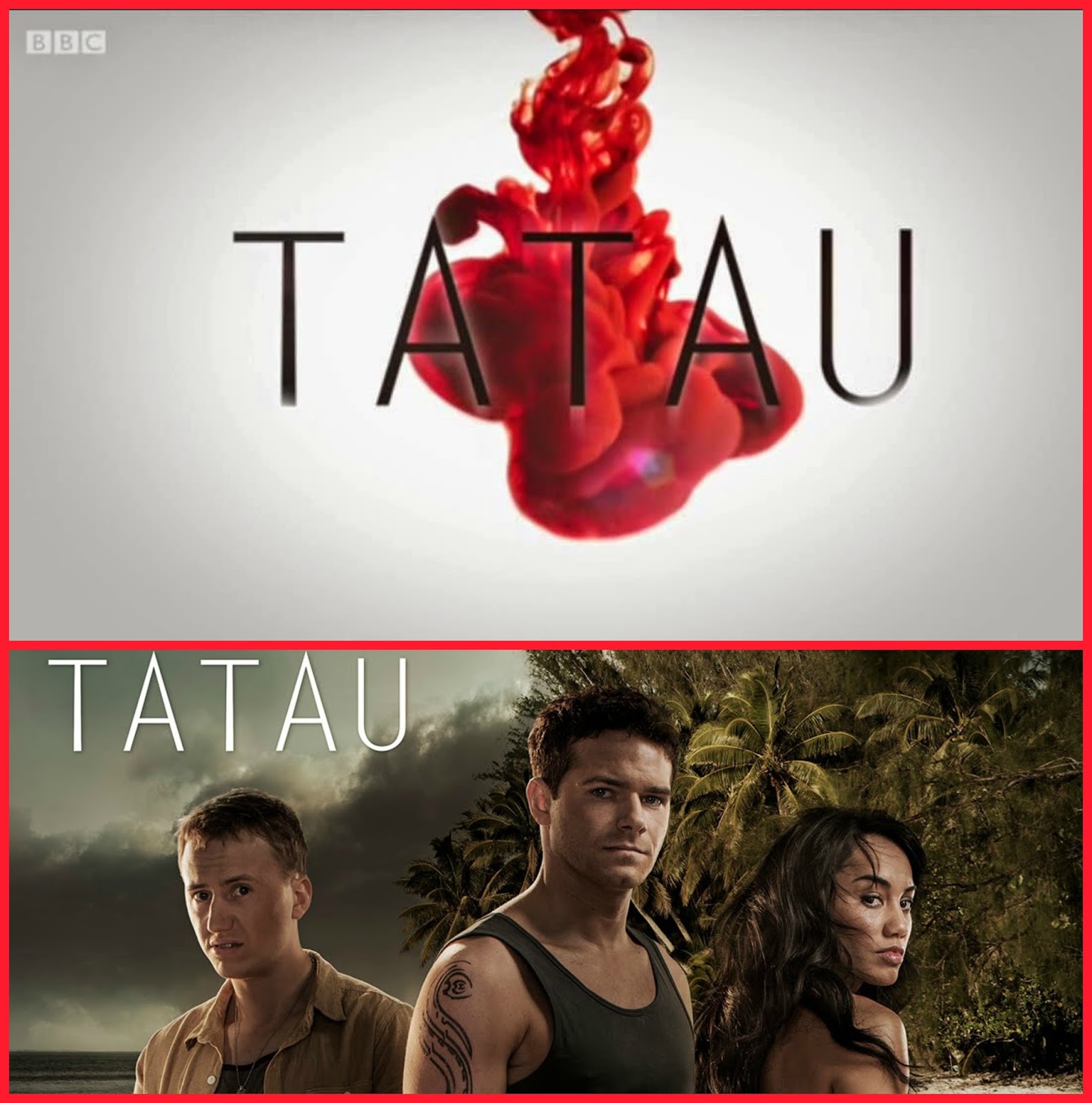 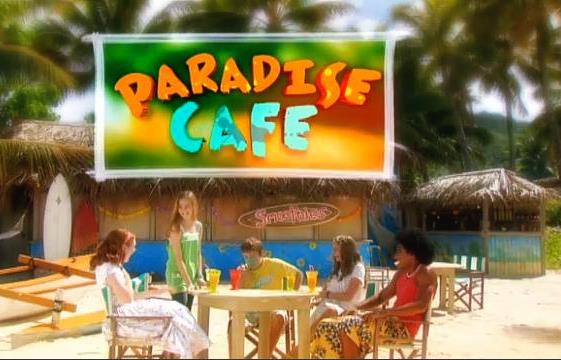 TATAU was an eight part British murder mystery drama set in the Cook Islands and filmed mostly on Rarotonga. It was made by the BBC and shown in 2015 in the UK, New Zealand and America. Some locals also featured in the cast as extras. But it was badly received with one US newspaper calling it "must miss television"

Much better received though was a children's tv series of 2009 PARADISE CAFE. The setting was called Paradise Island, but in reality it was the capital island of Rarotonga. Thirteen, half hour episodes were filmed on location in Raro and in New Zealand, with local children among the "extras 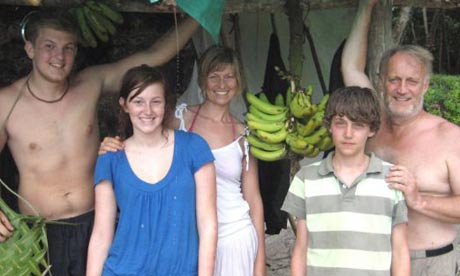 These are the Hunts from Swindon in the UK - a high spending family who swapped their lavish lifestyle for three weeks on Atiu. How they came to terms with back to basics living was told in THE REAL SWISS FAMLY ROBINSON on BBC television in 2009. And the weather gave them a less than warm welcome..the programme began with their struggle to build a shelter in the face of a tropical storm. The experience changed their lives (for the better, they said). And of course, they fell in love with Island life and the Atiuans. Theirs was episode 3 of a 4 part series

WATCH  As featured on the big screen 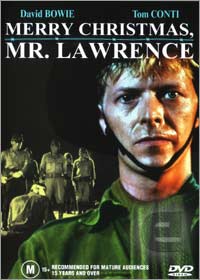 The original 1983 version of MERRY CHRISTMAS MR LAWRENCE is the most famous film to have been made partly in the Islands. It's set in a Japanese prisoner of war camp, but the real location was Rarotonga. It starred Tom Conti and David Bowie and won nine international awards 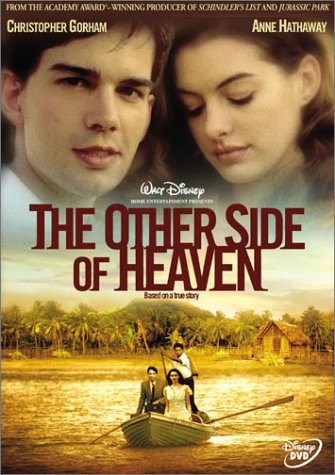 And THE OTHER SIDE OF HEAVEN was filmed mostly on the capital island of Rarotonga, rather than in Tonga where it's set. That's supposedly because the director didn't think Tonga had the unspoiled beauty he was looking for, whereas the Cook Islands did! The 2001 film is a coming of age tale is based on the true story of a farm boy, John Grohberg from Idaho Falls in the USA who becomes a missionary in the Tongan Islands of the 1950s. Starring Christopher Gorman and Anne Hathaway

Swedish film makers chose Aitutaki for some scenes in their mini series, GRATTIS VARLDEN. And beach scenes in the 1982 pirate adventure mini TV series, JACK HOLBORN were filmed in Rarotonga. Released in 2018, romantic adventure STRANDED PEARL is the most recent film to use Rarotonga as a location. Aitutaki was the location for the 1984 family feature, THE SILENT ONE about a handicapped boy who becomes friends with the sea turtles, as it was again for the 2003 movie, THE LEGEND OF JOHNNY LINGO.    All information verified by IMDB

READ  Noteworthy books about the Islands 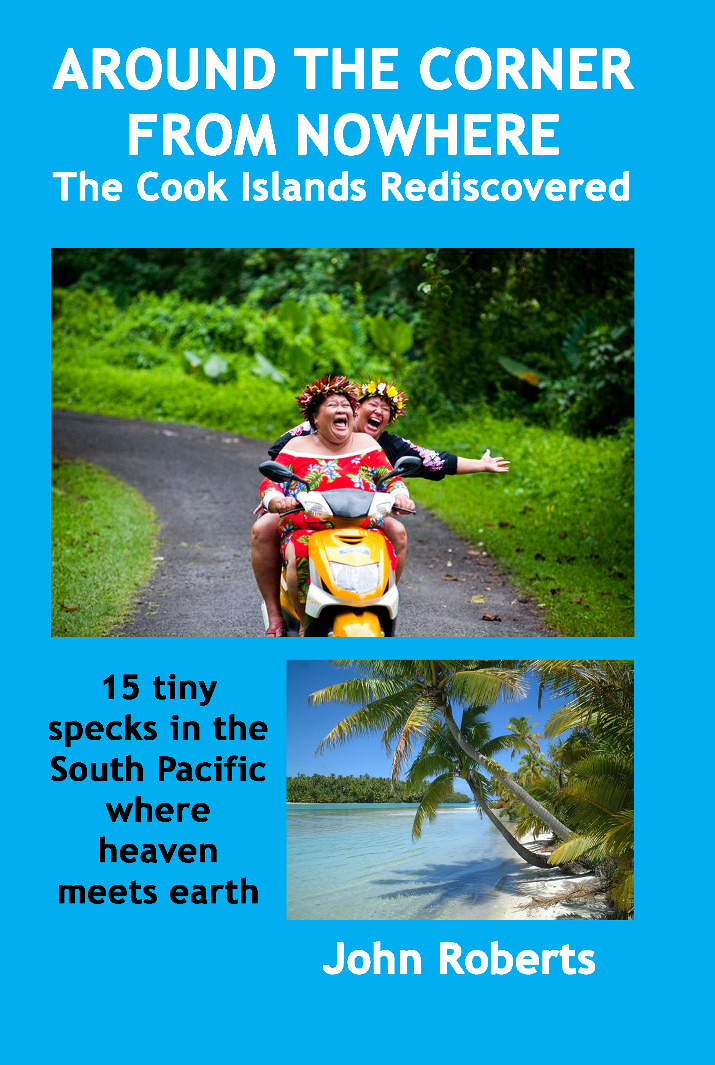 AROUND THE CORNER FROM NOWHERE is my own paperback and ebook about the islands. It blends my own first-hand accounts of visits with those shared with me by other travellers and islanders themselves to provide a unique insight to each and every one of the Cook Islands Over the course of 16 chapters, complete with photographs, there are also answers to some intriguing questions such as: Where and why are turtles on the school science timetable instead of the dinner table as they used to be? Which US political VIP loved an official dinner at a Rarotonga restaurant so much that she went straight back the following night? Where did a distinguished historian have a ghostly encounter with “an intangible force of evil” and how did he escape it?
ALL PROFITS FROM SALES ARE DONATED TO DEMENTIA CHARITIES 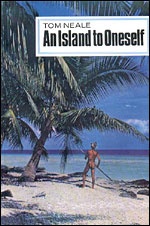 Tom Neale was a sailor who dreamed of living alone on a tropical island. He read about Northern Group island, Suwarrow in a book and when his ship stopped there in 1945. It was love at first sight. He finally got Government permission in 1952 to live on the island, and in October that year became a modern Robinson Crusoe.

For 15 of the next 25 years he lived alone, tending his garden and chickens, and catching fish and coconut crabs. In 1966, a friend helped him publish his story, AN ISLAND TO ONESELF. The book is quite difficult to get hold and some sellers on Amazon are charging ridiculous prices.

But you can READ IT ON LINE for free. You can find out more about Suwarrow by clicking here. 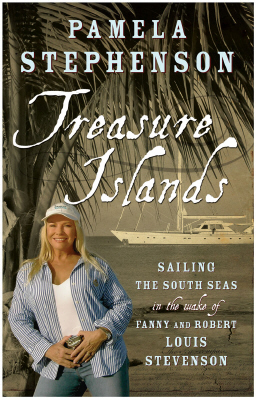 Pamela Stephenson (yes, the former comedienne married to Billy Connolly) is now a best selling author and I can't recommend too highly her tales of travel around the South Seas under the title TREASURE ISLANDS. She provides a fascinating insight into life in some of the rarely visited outer Cook Islands, which were among her destinations on an extraodinary voyage of discovery. (Headline Book Publishing, 2005) 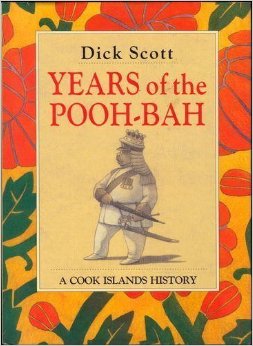 YEARS OF THE POOH-BAH: A COOK ISLANDS HISTORY by Dick Scott, is a meticulously detailed history of the islands up to independence in 1965, lavishly illustrated with photographs. It's not an easy read, but worth the effort.

ISLES OF THE FRIGATE BIRD is a very readable, often humorous account by Irish biographer, Ronald Syme of his life in the Islands where he set up home in the 1950s, aquiring along the way a wife, cottage, hens and a pig (which got eaten for Christmas!). Highly recommended.

The sisters in the title, SISTERS IN THE SUN are the remote islands of Suwarrow and Palmerston, and this book is a fascinating and very carefully researched factual story of each, filled with tales of shipwrecks, castaways, pearl poachers, buried treasure and enigmatic characters. Ths book is long out of print, but you can pick up copies occasionally on Amazon or Abebooks

LISTEN  ​Music of the Islands

Music and song are an important part of Cook Islands heritage, and visitors need only go along the nearest church to hear the passion and power. I would also recommend a visit to one of the island nights at hotels and restaurants to see a wonderful mix of traditional music and dance, and including some spectacular drumming.

The wooden drums and slit gongs of the islands were used during the missionary period to signal events, curfews and to call church goers to services. The conch shell trumpet is another frequently heard sound in the islands and is used to signal the arrival of a visiting party of fishermen 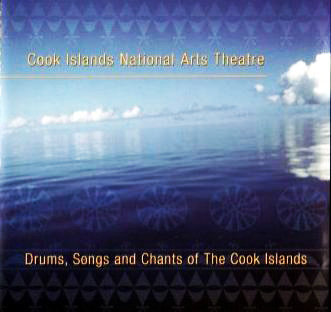 Finding such music outside the Cook Islands and New Zealand is not easy, but one CD which seems to be widely available through usual internet outlets is "Drums, Songs and Chants of the Cook Islands". Recorded live in Avarua, Rarotonga in 1993, it features the Cook Islands National Arts Theatre.

It includes hauntingly beautiful chants from Raro, Pukapuka and Manihiki, and a drum dance from Aitutaki among its 13 tracks. I can recommend it because I have a copy myself which came from Raro Records on the island. And anytime I want to be transported back to the islands - in spirit at least - I only need to put it on (Ode Record Company Ltd, Auckland, New Zealand - catalogue number CD MANU 1447) 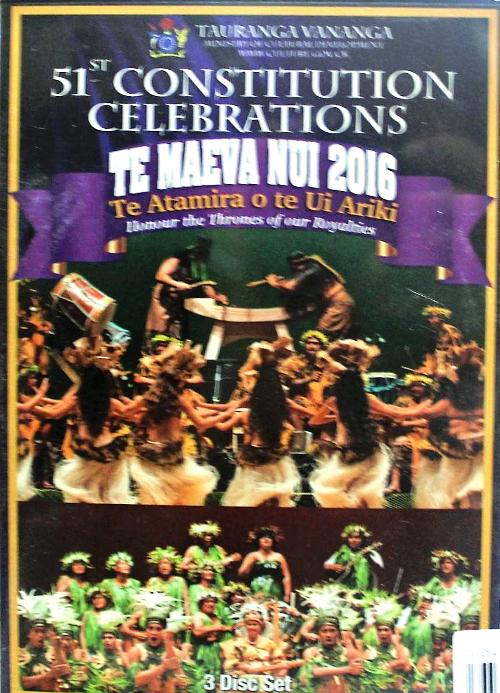 WATCH  The Islands on DVD

A word of warning...if you're tempted to pick up a video of the Islands while you're there, be very careful with your selection. Some are truly dreadful. Ask for a preview before you buy

One I would recommend though is an annual production...it's the official video of Te Meava Nui (cultural festival) with performances from music and dance groups throughout the islands. The production values are appalling with adverts scrolling across the bottom of the screen all the time, but the content is unique and a great souvenir. You can also buy copies on line of last year and previous years going back to 2005 from the Cook Islands Ministry of Cultural Development. Follow this link to the Ministry website order page