Manuae was the first island in the country to be discovered by Captain Cook, on September 23, 1773 but he didn't land there. It's halfway between Aitutaki and Atiu. Its two islets - Motu Manuae and Motu Te Au Otu - and the surrounding lagoon are a marine conservation area. 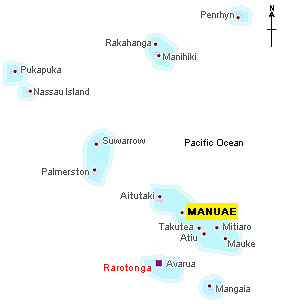 There are no scheduled flights or commercial boat services to either islet and you need a permit from the Committee of Management of the Proprietors for Manuae Incorporated (PMI) to visit. Unauthorised visitors face arrest and prosecution

WHAT'S IN A NAME?

Captain Cook first sighted the atoll in 1773 on his second voyage and returned (but didn't land) on his third voyage in April, 1777. He named it Sandwich Island, but decided later to give that name to Hawaii! So he rechristened it Hervey Island after a Lord of the Admiralty. That then appeared on maps as Hervey's Isle. The whole of the Southern group was subsequently known as the Hervey Islands until the distinguished Russian cartographer, Admiral Adam Johann von Krusenstern changed the name in his "Atlas de l'Ocean Pacifique" (published between 1824 and 1835) to honour Cook.
Some maps still show Manuae as Hervey's Island.

London Missionary, the Rev. John Williams visited the island in 1823 and found sixty people living there. Six or seven years later, that was down to just eight adults and some children. Missionaries took them to Aitutaki, leaving the island deserted. In the 20th century, the population peaked at 29 in 1911. The last time anyone was permanently resident on the island was 1971 when a population of two was recorded.

The island was briefly populated again - though not by choice - in May, 2010 (right). Four men spent 10 days marooned on Manuae after they came ashore to catch crayfish. But their fishing boat disappeared into the night when a wind came up. The New Zealand Air Force eventually located them after a costly search and rescue operation    Picture: NZ Defence Force 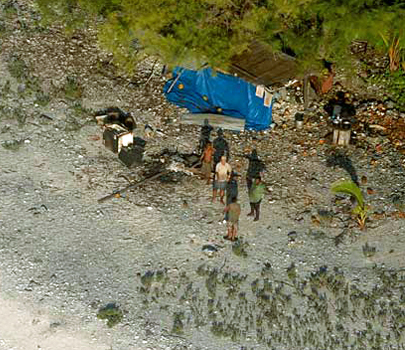 THE DAY MANUAE STAMPED ITS NAME ON HISTORY 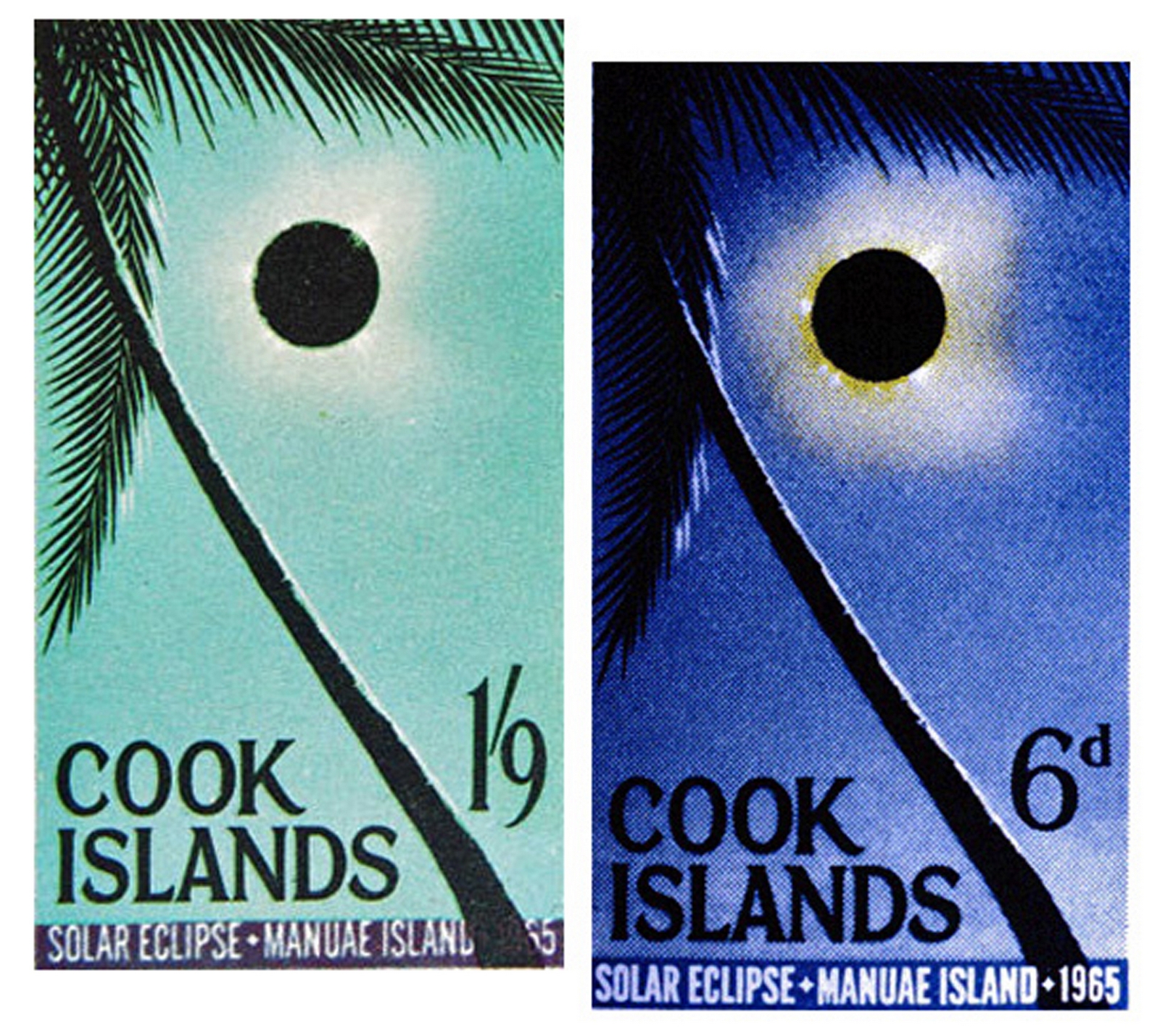 On 30 May, 1965, Manuae attracted what at the time was the largest gathering ever of solar astronomers to observe a total eclipse from a single site. New Zealand, Australia, the UK, USA, Germany, Japan and Russia all sent teams of scientists. It was considered to be the best place on earth to witness the phenomenon. The skies were clear at first, but but just before totality (when the sun is totally obscured by the moon's shadow), a large cloud appeared.

On 31 May, the Cook Islands Administration issued stamps to commemorate the eclipse. And a post office was set up on Manuae so the scientists could, in those pre-internet days, tell the world about what they'd seen and speed their correspondence on its way with an appropriate reminder!
(The price on each stamp is in the UK's pre-decimal shillings and pence)

"At school, we were told that we could watch the eclipse by various means. It was a novelty and a very new and exciting event. We watched by looking at the reflection of the eclipse in a big tub of water, through black film of used polaroid rolls or shades if you had any. It happened in the afternoon and it got dark. Strange to see the chicken hopping on to their roosts and some crowing as if they were preparing for the night. Unforgettable." 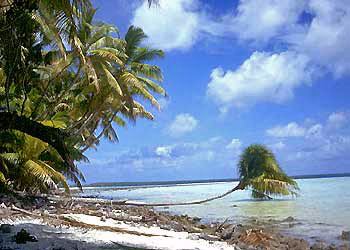 Manuae was used as a penal colony after Britain took over the islands in 1888. Prisoners worked for the Cook Islands Trading Company which leased the island for copra production. That ceased in 1915 when a prison was opened on Rarotonga

The Bristle Thighed Curlew  is a rare "near threatened" species of bird which flies all the way from its home in Alaska each southern hemisphere summer to visit  the motu, Te Au Otu 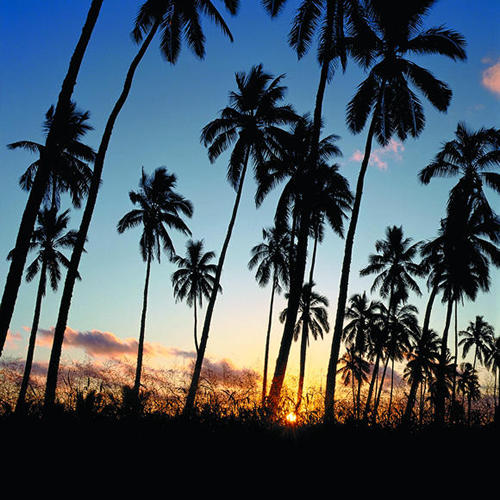 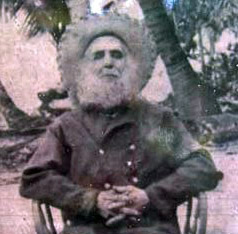 A unique Cook Islands dynasty has its origins on Manuae. In 1863, a merchant vessel found William Marsters and his "wives" on the island and hired them as caretakers for Palmerston island, which to this day is inhabited by his descendants

The island's future is under serious threat from global warming. Its highest point is just five metres (16 feet) above sea level