AN INSIGHT INTO ISLAND LIFE  ON MANIHIKI

"For travellers looking for isolation and beauty, Manihiki should rank at the top of any travel bucket list"   Emmanuel Samoglou

Journalist, Emmanuel Samoglou is one of few outsiders to have visited this remote outpost of the Cook Islands. He took a trip in late 2020 as part of an initiative sponsored by Cook Islands Tourism and Island Hopper Vacations to promote domestic travel experiences in the Islands. And he discovered an island that he says "those who've had a chance to visit begin dreaming about returning as soon as they leave". These are some of his impressions from a feature published in Cook Islands News in April, 2021
Aerial photo courtesy of Ewan Smith, Air Rarotonga 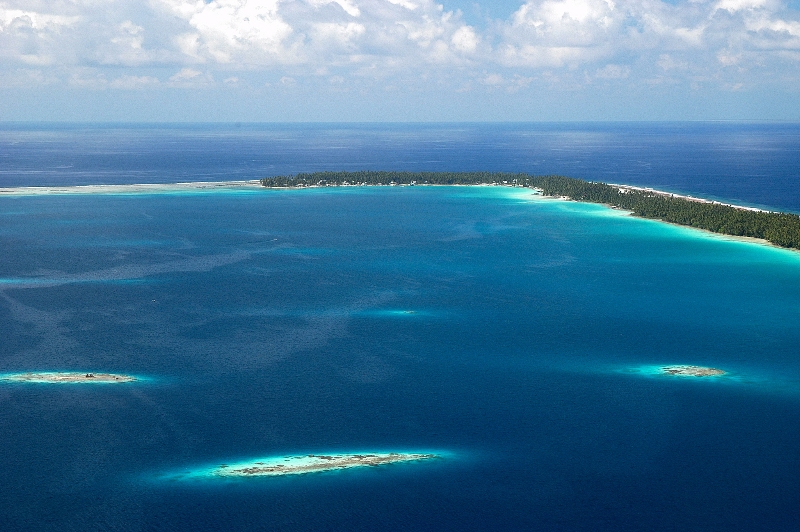 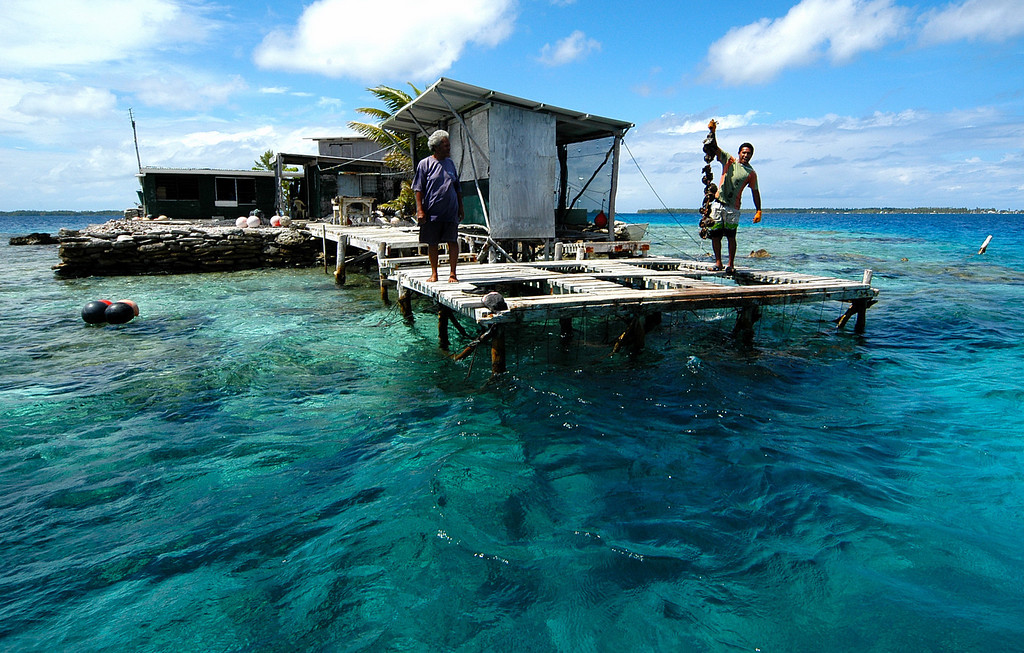 "It is the island’s lagoon that often leaves visitors in awe. Dotted with 25 small coral heads, many of them have been used to erect small structures known as kaoa, which are used to cultivate the renowned black pearls Manihiki is famous for"

A small part of the vast lagoon in the first picture shows some of the coral heads Emmanuel is talking about. The second photo is of one of the few remaining kaoa. The pearl farming business has been in decline for many years because of stiff competition from China and Japan, a big fall in world prices and a lack of government support 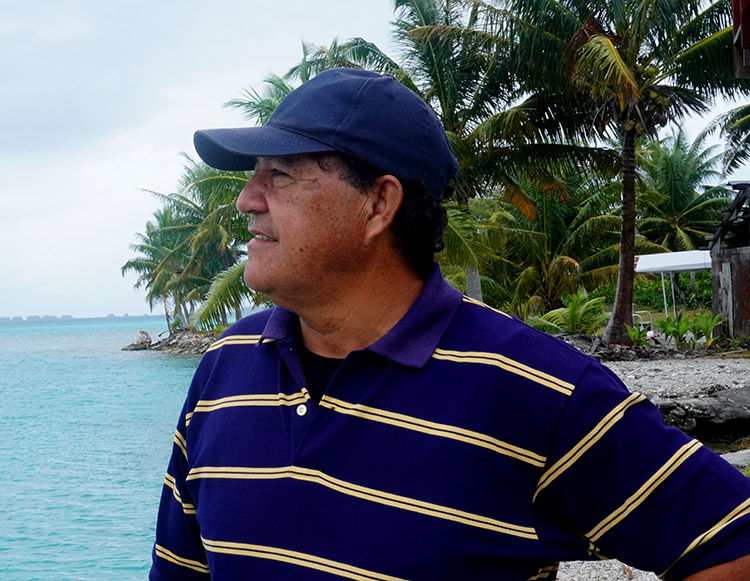 Trainee Samson  and his family fled to Rarotonga soon after the devastating Cyclone Martin in 1997 which killed 29 islanders and left he and hundreds of others homeless. But Samson decided to return after he had a dream where he was conversing with God. In his dream, he was told by the Almighty that destruction can and will strike anywhere and there was no reason to fear his island any more than the other corners of the earth

"Samson has become a prominent community leader in many aspects of Manihikian life, as well as a host to some of the few travellers who have the chance to visit this remote and beautiful outpost of human civilisation"

"In between bouts of eating fresh fish, kuru (breadfruit) chips, poke, paua curry, and seafood cooked on a wood fire, we spent much of our time exploring the land, swimming, and snorkelling in warm crystal clear water. It’s a slow rhythm of life that caters to a particular type of traveller who doesn’t need hype, and it’s easy to get lured in" 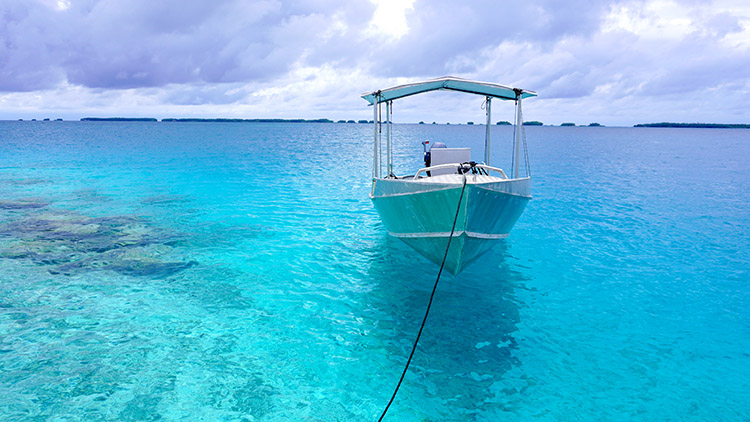 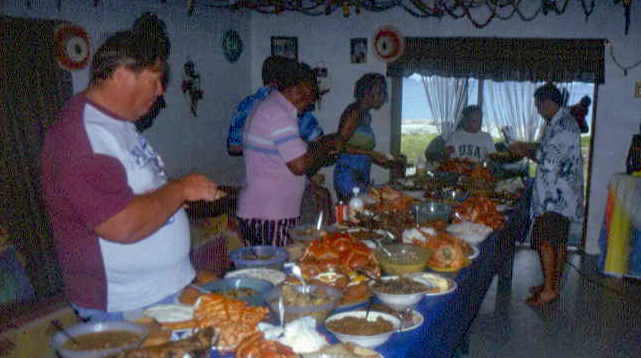 This is the sort of feast islanders lay on. Andrea Richichi from Germany visited the island in 2001 and sent me this picture 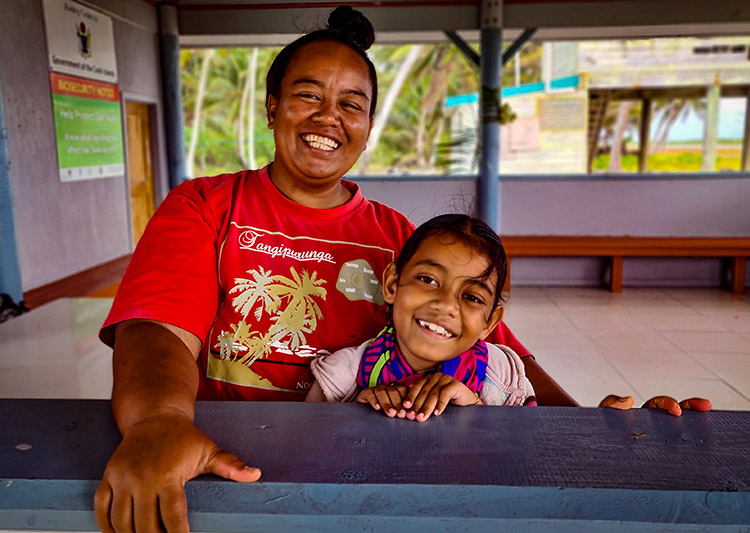 "I struck up a conversation with Haumata Tepania, a resident of Tauhunu village, as she was preparing paua for our lunch. As the mother of three daughters, she told me her eldest was currently in Rarotonga studying. Curious, I asked her what her long-term career plans were. 'I explained to her, go to school, study hard, get a good career,” she said. “Then come back and serve the people. That’s all I want from her. Think about the future.' "

Tauhuna is the larger of two villages on Manihiki. Tukao is the other settlement. Just over 200 people live on the island. Haumata Tepania is pictured with her youngest daughter, Hina Pae

UNIQUE AND EXCITING PLANS FOR THE FUTURE

Emmanuel noted that tourism is underdeveloped and as such accommodation on this remote island is scarce. It's also very expensive to fly to Manihiki. But there are plans to seal the crushed coral airstrip to allow larger planes to land and hopefully reduce the cost. He also learned of plans to turn underused kaoa into mini holiday home escapes which would provide a unique travel experience

"Whatever may happen in the future, the people of Manihiki - devoted and committed to their atoll - will be ready to welcome visitors to their majestic island"