Cook Islanders are very religious...but who says religion can't be fun?! Gospel days are public holidays for celebrating the arrival of Christianity. Events are organised by the Cook Islands Christian Church (CICC) and the churches themselves compete against each other to put on the best show. Islanders dress up, stage elaborate dramas or "nuku", sing, dance, play music and generally have a great time 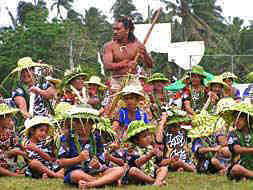 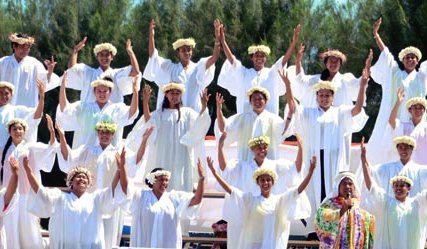 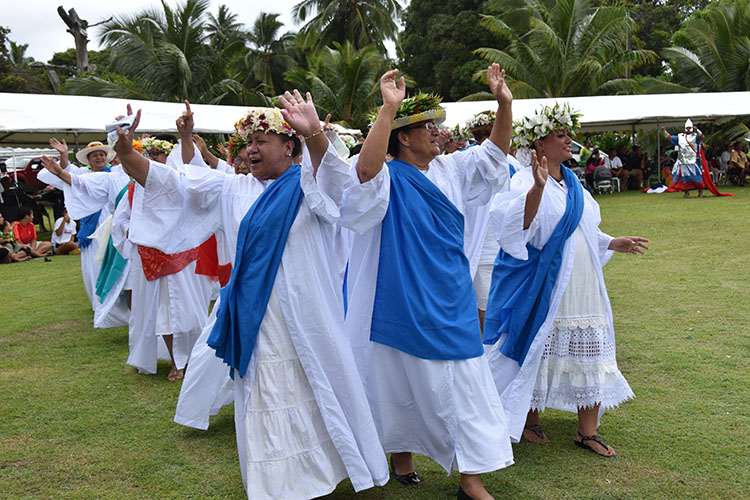 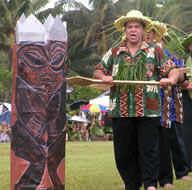 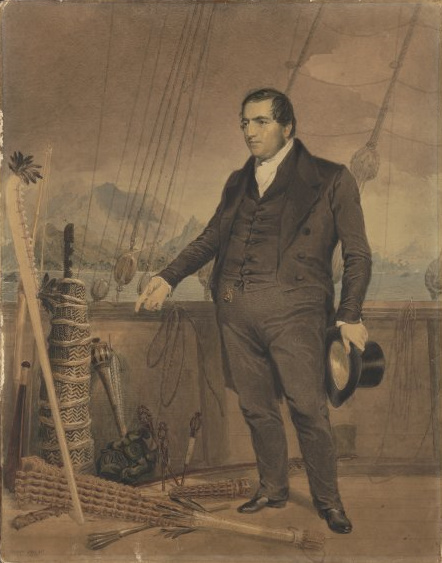 THE MISSIONARY WHO CHANGED HISTORY

The London born clergyman, the Rev. John Williams was responsible for bringing Christianity to the Islands. He volunteered for service with the London Missionary Society in 1816 when he was just 20. He was ordained in September of that year, married in October and sailed for the South Seas in November.

It was five years later - after working in Tahiti - that Williams, his wife and some native Tahitian evangelists arrived off Aitutaki. According to another LMS missionary, Bernard Thorogood in his 1960 book "Not Quite Paradise", Island chiefs came across in canoes "..clad chiefly in tattoo marks and waving their spears".

"The Rev John Williams on board ship with native implements, in the South Sea Islands" by Henry Anelay, 1838. From the pictures collection of the National Library of Australia (nla.pic-an6621835). Reproduced with permission

Palmerston has a population of just 58 people, but Gospel Day there is celebrated by every single one of them. Things start at 3 am, there's feasting, lots of prayers and finally holy day gives way to holiday. Read the only published account of the unique celebrations written by one of the island's young residents.