IN THE FOOTSTEPS OF CAPTAIN COOK 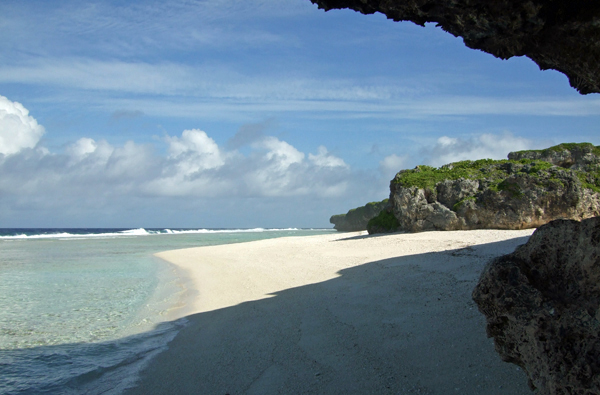 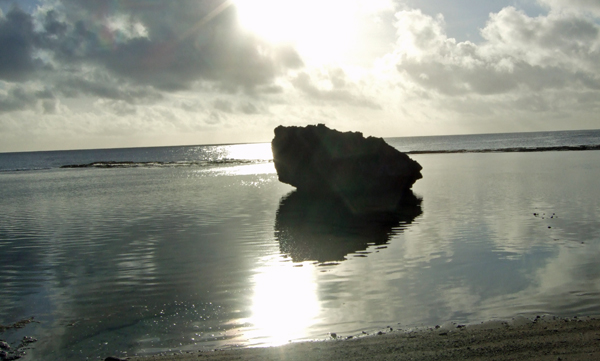 Captain Cook's crew (although not Cook himself) went ashore here at Orovaru beach - easily identifiable by the huge rock in the middle of the lagoon about 20 metres from shore. And you can still walk the same paved trail that the crew took to the main settlement at Orongo. Signs of the old village can still be seen around Orongo Marae

Some will tell you the island has no beaches to speak off, but that's far from true. One is dubbed the Bondi of Atiu. The sand is bone white and the water crystal clear. Another of the wonders of the island is the Coral Garden lagoon on the south coast from Matai landing to Takaroa beach. When there are no waves filling it, it's like a tropical fish tank because water drains out through a sink hole and the fish have nowhere to go. Get to it along the reef from Takaroa beach. But a word of warning....this is a dangerous place unless conditions are right

OUT AND ABOUT ON ATIU

Click on the arrows to scroll through the gallery. Hover over a picture to find out more about it 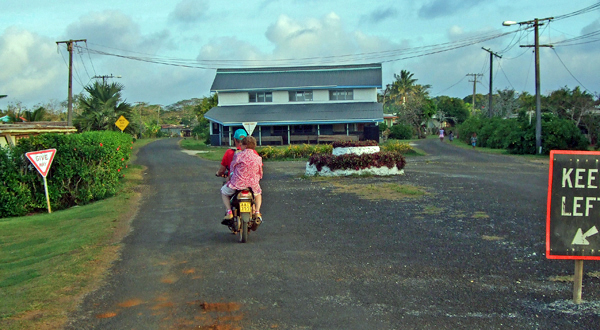 Rush hour! One of only two roundabouts in the the Cook Islands (the other one's in front of the court building on Rarotonga) 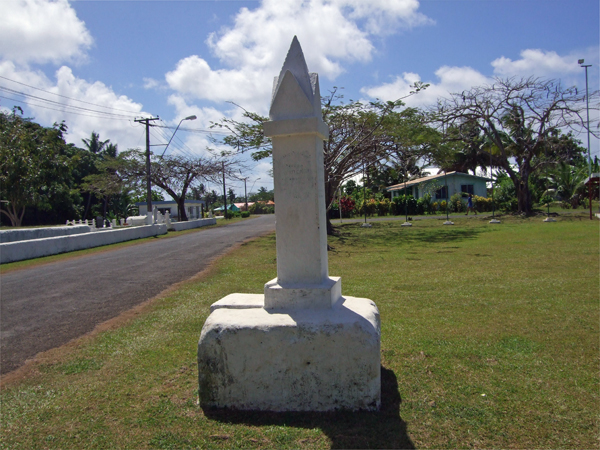 This marker is at the very centre of the island.
Erected more than 100 years ago 21st century technology has stablished
it's in exactly the right place 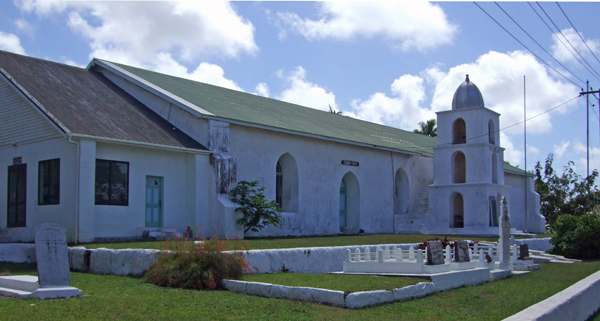 The church
is an important partof daily life throughout the Cook Islands. The walls of this one are more than 10 feet (3 metres) thick 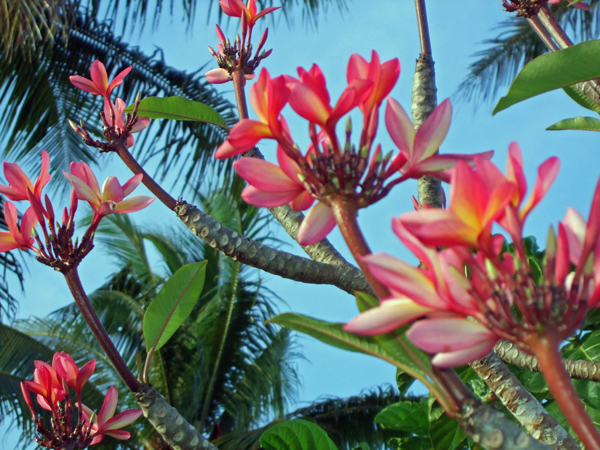 Plants and flowers are everywhere

Caves formerly used as burial grounds are found all over the island.
Visits are popular...and a fascinating insight into history

ART FROM ​THE HEART

Andrea Eimke is an extremely talented artist who set up her studio on Atiu in 1986 but sadly that has now closed. Above are some examples of her stunning tivaivai work. You can sometimes find mama's in the Vainetine building next to the courthouse and town hall working on their own unique creations and continuing the tradition which Andrea helped to revive

There's no written record of how or when the sewing of tivaevae was introduced to the Islands. Some say the wives of the London Missionary Society missionaries, who arrived in 1821, might have taught it. Others hold that it was learned from the Tahitian missionaries who helped introduce Christianity

Wouldn't you be happy if you lived here?

I'm including this picture for no other reason than I'm really proud of it. These young islanders were just sitting around chatting happily to each other on a bagggage wagon at Atiu airport when I photographed them. For me, they capture perfectly the charm of Atiu and its people

May you live long

Kia orana - the usual greeting in the Cook Islands - roughly translates as "may you live long"...and on Atiu they seem to do precisely that. This is the gravestone of Ina-I-Te-Roe who lived to the grand age of 107. She had 15 children, 70 grand children, 70 great-grand children, and 30 great-great- grandchildren by the time she passed away